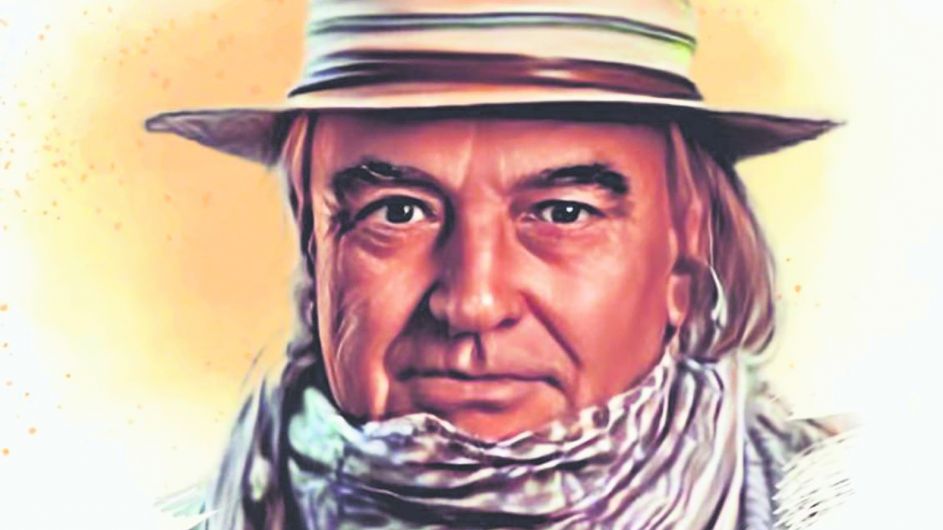 Bailey’s new t-shirts feature an image taken originally from a photo of the Englishman.

THE campaign slogan used by the former US President Barack Obama is currently being used on t-shirts designed by Ian Bailey.

Bailey, who was convicted in absentia in France of the murder of Sophie Toscan Du Plantier, is now selling t-shirts sporting his own image and the slogan ‘Is féidir linn’, to raise money to fund a series of podcasts.

‘I’m using the slogan “Yes we can” as gaeilge as I am a great admirer of President Obama,’ Ian Bailey told The Southern Star.

‘I’m raising money to fund my podcasts, which are an opportunity for me to speak about the events of the past in my own words.’

The image on the t-shirt is taken from a photo.

‘I don’t know who created the image, but someone took a photo of me and turned it into an artist’s impression. I think they used an app,’ he said.

Mr Bailey, who was arrested twice on suspicion of the brutal murder of Sophie Toscan Du Plantier, and who was never charged but has always maintained that he is innocent of the crime, said that new technology and the ability to create a podcast series has given him an opportunity he never had before.

‘I turned 65 at the beginning of the year and I held two nights of poetry and storytelling at an event in Glengarriff. A video was made of this and is also for sale,’ Ian Bailey said.

‘I hope to produce a series of six podcasts,’ he explained.

‘The first episode will be entitled Rebuttals.’ Speaking once more about the recent announcement by An Garda Síochána that the investigation into the murder of Sophie Toscan Du Plantier would be the subject of a full review, Ian Bailey again welcomed the announcement and said he would co-operate in any way he could.

A John Wayne State of Mind: A Second Collection of Poems by Ian Bailey Kindle Edition

‘I hope this review doesn’t turn into another witch hunt but I will co-operate with any reasonable, objective investigation or enquiry in to this case,’ he said.