Amid diplomatic spat with Russia, Israel to expand assistance to Ukraine

Tamara Markova, 82-year-old resident, sits with her son Mykola Riaskov, suffering from a disability, who both returned back to their home after fleeing, sit in their home in Malotaranivka village, in Kramatorsk, eastern Ukraine, Monday, July 18, 2022. (AP Photo/Nariman El-Mofty)

The development comes amid a diplomatic spat with Russia that has threatened to shutter Israel’s quasi-governmental Jewish Agency organization, which is tasked with facilitating and encouraging Jewish immigration to Israel. Moscow, which has been riled by Israel’s support for Ukraine, has said it will stop Jewish Agency operations in Russia.

Whereas in the past Israel has provided support directly to the Ukrainian authorities, the ministry said NIS 2.5 million ($726,335) in aid will be additionally given directly to nine civil society organizations, according to the report.

In a statement to Kan, the Foreign Ministry said the move has “no connection” to diplomatic ties between Israel and Russia.

It noted that since the start of fighting in February when Russia invaded Ukraine, the ministry has been providing humanitarian assistance to refugees and those who had been wounded via its Agency for International Development Cooperation, known as Mashav.

“With the lengthening of the war, Mashav is working to give humanitarian assistance in a range of creative ways, both directly and in cooperation with third-party entities that are operating in Ukraine,” the ministry said.

As part of that continued work, the ministry said, it put out a call to nonprofit organizations on the ground with the aim of finding “aid projects that meet the criteria” as defined by Mashav.

The proposal was published a month ago but the final choice of nine organizations only revealed in the past few days, Kan reported.

The ministry noted that it has already provided hundreds of tons of personal equipment and medicines as well as operating a field hospital for a number of weeks earlier this year. In addition, Mashav is providing online training for thousands of Ukrainians on topics such as building community resilience and dealing with trauma, assistance for those with disabilities and those who are victims of sexual violence, the ministry said.

“Israel is committed to continuing to assist the citizens of Ukraine and alleviate their plight,” the ministry said. 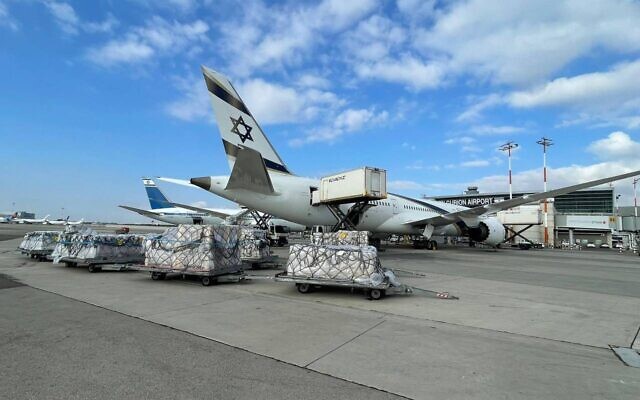 A shipment of protective equipment for Ukraine is loaded onto a flight from Israel, July 14, 2022. (Defense Ministry)

Last month, Russian authorities told the Jewish Agency that its offices could face sanctions over alleged infringements of local laws. Officials in the organization initially believed this to be a low-level issue that could be resolved with negotiations and compromise.

Moscow’s reasons for attacking the quasi-governmental organization remain unclear, as Russian officials have yet to indicate what — if any — steps Israel could take that would prompt them to call off its threats to shutter the group, which is tasked with facilitating and encouraging Jewish immigration to Israel.

On Monday the Foreign Ministry issued a new travel advisory calling on Israeli citizens to avoid visiting Ukraine, including the pilgrimage city of Uman.

Israeli citizens who are already in Ukraine were called on to leave immediately.

“The explosive security situation, including the danger of bombing from the air or firing rockets at civilian settlements and areas, including in the center and west of the country, constitutes a real and immediate danger to life,” the ministry said. 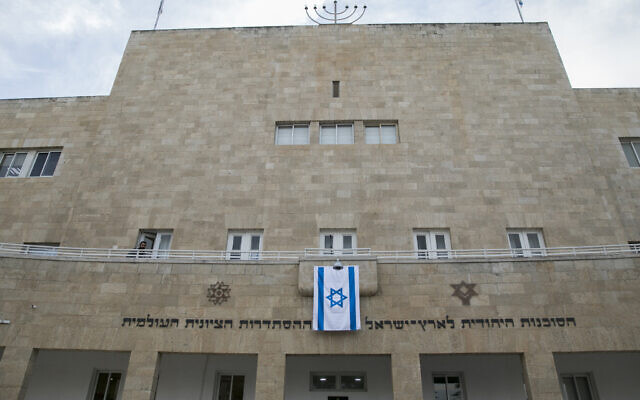 Jerusalem has avoided providing direct military aid to Kyiv — including offensive arms or advanced defensive technology — since Russian troops invaded Ukraine on February 24, in an attempt to avoid sparking a crisis with Moscow.