Sinead O’Connor said she interviewed Ian Bailey, the key suspect in the 1996 murder of Sophie Toscan du Plantier, but denied his claim that they’re working on music. 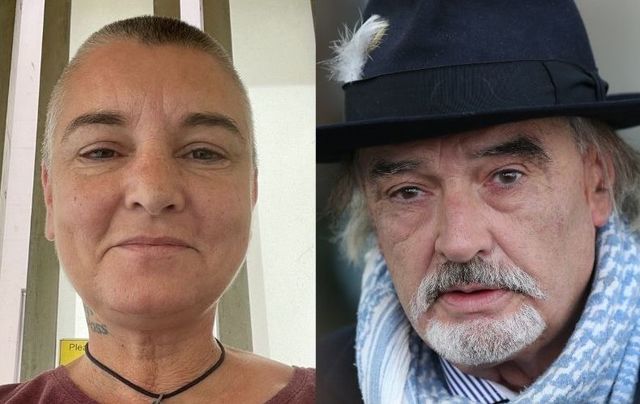 Sinead O’Connor has responded to a report in the Irish Star where Ian Bailey claimed that the two were working on music together.

O’Connor revealed on Twitter on Wednesday night that she met with Bailey, the key suspect in the 1996 murder of French woman Sophie Toscan du Plantier in West Cork, as part of an upcoming piece for the Irish Sunday Independent, where she is now a weekly columnist:

Yesterday I asked Ian Bailey 5 questions other reporters have never asked but should. During the course of our interview which was filmed and transcribed for The Irish Sunday Independent, Bailey made an emotional 1st ever public plea for the real killer/killers to come forward. — Sinead O’Connor (Shuhada Sadaqat) (@MagdaDavitt77) July 15, 2021

The morning after her tweets, the Irish Star reported that the duo was spotted having lunch in West Cork in recent days.

Bailey told the publication: “She [O’Connor] has become aware of my poetry and she was interested in my poetry with a view to turn one or two of them into songs — and that’s really what it was about.”

He added: “Also Sinead is now a journalist working for the Sunday Independent … Ms. O’Connor approached me as a professional working journalist and expressed interest in talking to me about her new column in the Sindo.”

In the wake of the Irish Mirror report, O’Connor returned to Twitter to deny Bailey’s comments, saying that he was “lying his face off” and that discussions to put his poetry to music “NEVER happened:”

Bailey lying his face off in the Star today. Saying we were discussing putting his poems to music. NEVER happened. Can star call me to confirm in future before they run his lies ? — Sinead O’Connor (Shuhada Sadaqat) (@MagdaDavitt77) July 15, 2021

Ian Bailey, who was born in Manchester and now lives in West Cork, has been in the headlines recently due to the release of two documentaries examining the murder of French woman Sophie Toscan du Plantier.

Sky Crime documentary “Murder at the Cottage” and Netflix production “Sophie: A Murder in West Cork” both examine the murder in Toormore, Schull, on December 23, 1996, and feature extensive interviews with Bailey.

The English native was arrested twice in connection with the murder but was released without charge on both occasions.

In 2019, he was convicted in absentia by a French court, although Bailey had no legal representation at the trial and described it as a “farce”.

The Irish High Court ruled in 2020 that Bailey could not be extradited to France to serve a 25-year prison sentence imposed on him by the French court.

Bailey has always denied any involvement in the murder of Toscan du Plantier.

More recently, Bailey announced on his relatively new Twitter account – which he  claims has been attracting ladies with “big bosoms” – that he is expecting Garda Commissioner Drew Harris to launch a comprehensive cold case review.