Remarks about Iran’s ‘technical ability’ to produce weapon could be for leverage in negotiations, or Tehran may have decided building nukes is worth the sanctions

DUBAI, United Arab Emirates (AP) — Iranian officials now speak openly about something long denied by Tehran as it enriches uranium at its closest-ever levels to weapons-grade material: The Islamic Republic is ready to build an atomic weapon at will.

The remarks could be bluster to force more bargaining-table concessions from the US without planning to seek the bomb. Or, as analysts warn, Iran could reach a point like North Korea did some 20 years ago where it decides having the ultimate weapon outweighs any further international sanctions.

All this could be put to the test Thursday as Iran, the US and the European Union prepare for a snap summit that appears to be a last-ditch effort in Vienna to revive Tehran’s tattered nuclear deal amid the new pressure. That includes one Iranian video online suggesting the country’s ballistic missiles could “turn New York into a heap of rubble from hell.”

Hyperbole aside, the language taken as a whole marks a distinct verbal escalation from Tehran.

“In a few days we were able to enrich uranium up to 60% and we can easily produce 90% enriched uranium… Iran has the technical means to produce a nuclear bomb but there has been no decision by Iran to build one,” Kamal Kharrazi, an adviser to Supreme Leader Ayatollah Ali Khamenei, told Al Jazeera in mid-July. Uranium enriched at 90% is considered weapons-grade.

Ataollah Mohajerani, a culture minister under former Iranian president Mohammad Khatami, then wrote in Iran’s Etemad daily newspaper that Kharrazi’s announcement that Iran could make a nuclear weapon provided a “moral lesson” for Israel and US President Joe Biden.

And finally, Mohammad Eslami, the head of Iran’s civilian nuclear agency, made his own reported comment about a potential military aspect of Iran’s program.

“As Mr. Kharrazi mentioned, Iran has the technical ability to make an atomic bomb, but there is no such plan on the agenda,” Eslami said Monday, according to the semi-official Fars news agency. 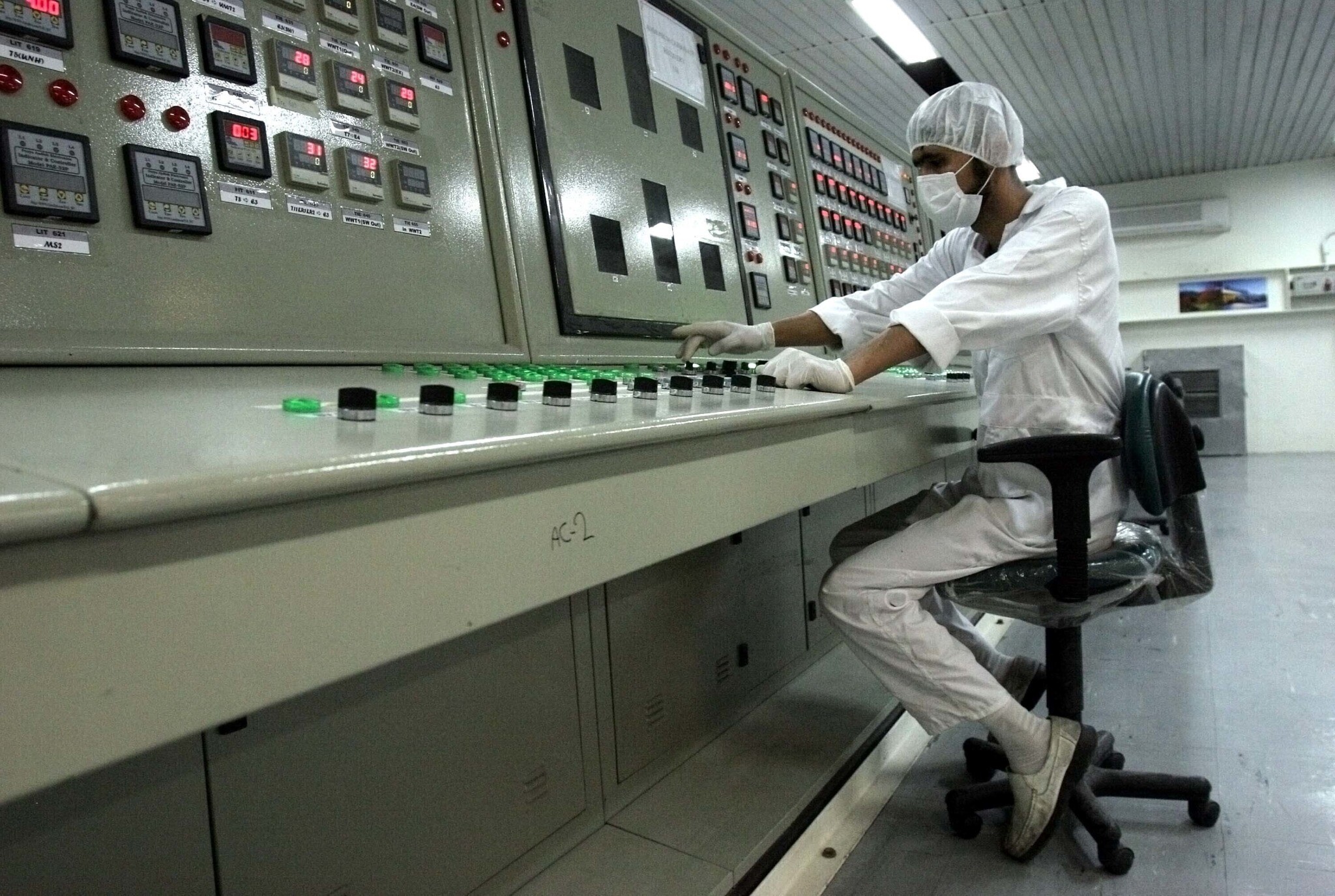 Libya under then-dictator Moammar Gadhafi gave up its own nascent military atomic program that relied on the same Pakistani-designed centrifuges that Tehran bought from Khan.

Ultimately, Iran reached its 2015 nuclear deal with world powers, which saw it receive economic sanctions relief while it drastically curtailed its program. Under the deal, Tehran could enrich uranium to 3.67%, while maintaining a stockpile of uranium of 300 kilograms (660 pounds) under constant scrutiny of IAEA surveillance cameras and inspectors.

As of the last public IAEA count, Iran has a stockpile of some 3,800 kilograms (8,370 pounds) of enriched uranium. More worrying for non-proliferation experts, Iran now enriches uranium up to 60% purity — a level it never reached before that is a short, technical step away from 90%. Those experts warn Iran has enough 60%-enriched uranium to reprocess into fuel for at least one nuclear bomb.

Iranian diplomats for years have pointed to Khamenei’s preachings as a binding fatwa, or religious edict, that Iran wouldn’t build an atomic bomb.

But such edicts aren’t written in stone. Khamenei’s predecessor, Grand Ayatollah Ruhollah Khomeini, issued fatwas that revised his own earlier pronouncements after he took power following the 1979 Islamic Revolution. And anyone who would follow the 83-year-old Khamenei as the country’s supreme leader could make his own fatwas revising those previously issued. 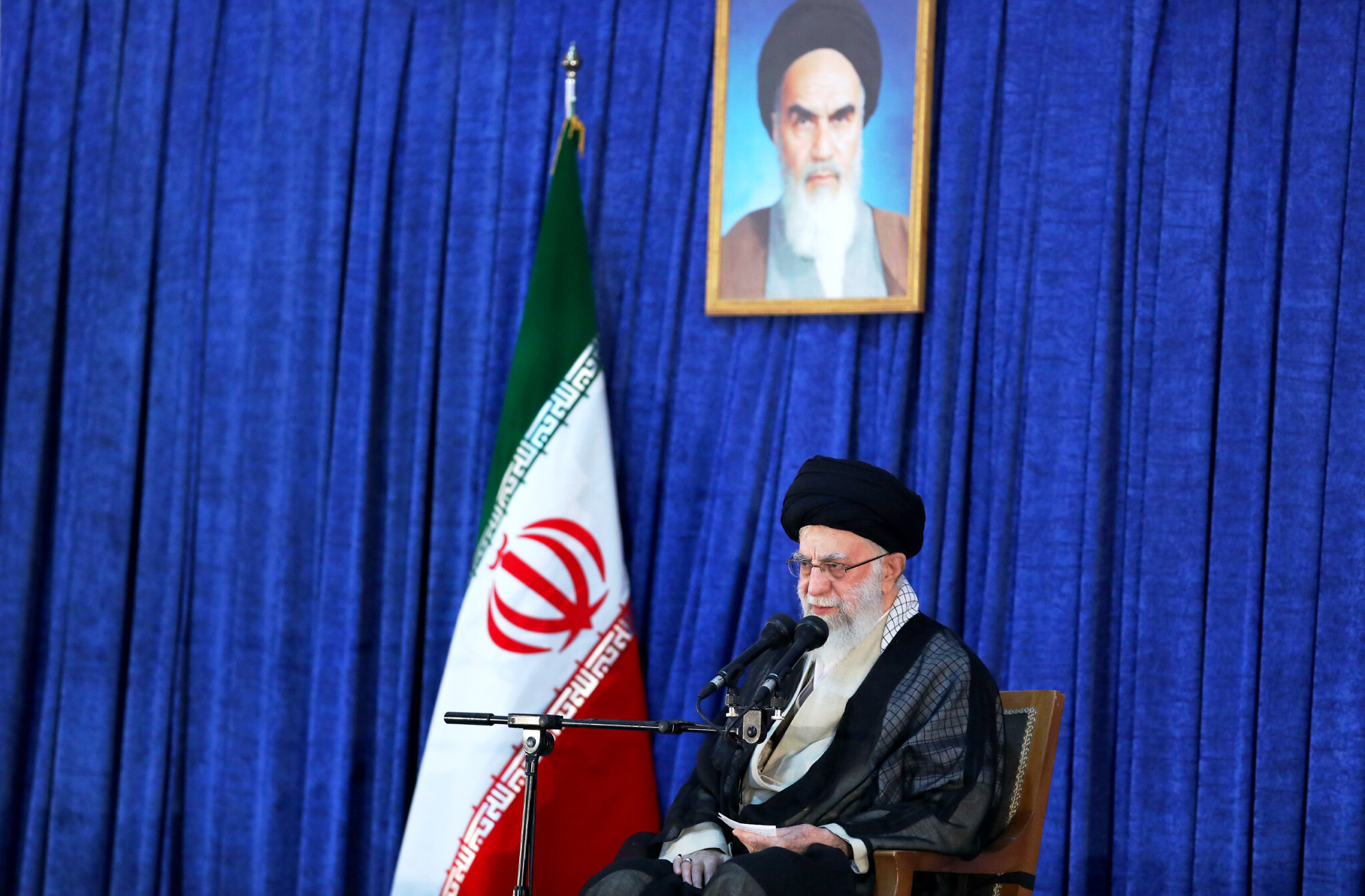 Supreme Leader Ayatollah Ali Khamenei speaks on the anniversary of the death of the late founder of the Islamic Republic, Ayatollah Ruhollah Khomeini, shown in the poster at top center, June 4, 2022. (Office of the Iranian Supreme Leader via AP)

For now though, it appears Iran will continue to lean into the atomic threat. Public opinion appears to be shifting as well.

The margin of error for the firm’s two polls of 1,000 respondents was around 3 percentage points.

A video recently posted online by an account believed to be associated with Iran’s paramilitary Revolutionary Guard bluntly made the missile threat on New York. It described Iran as being “one step away from a nuclear breakthrough and from joining [other countries] that have nuclear weapons.”

The video’s title? “When Will Iran’s Nuclear Bombs Be Awakened From Their Slumber?”