It’s time for me to tell my side of the story. Having worked for

for 7 years, I would have never imagined that a single report could jeopardize 30 years of achievements in human rights protection in #Ukraine. Yet this is exactly what happened.

Far from protecting civilians, Amnesty’s latest Ukraine report further endangered them by giving Russia a justification to continue its ….

President’s Office (PO) hinted Ukraine was behind explosions in Crimea whilesays it was sabotage “Operation ‘demilitarization’ ofArmed Forces will continue until full de-occupation. Our soldiers are best sponsors of good mood. Crimea is,” PO Head https://t.me/ermaka2022/1116 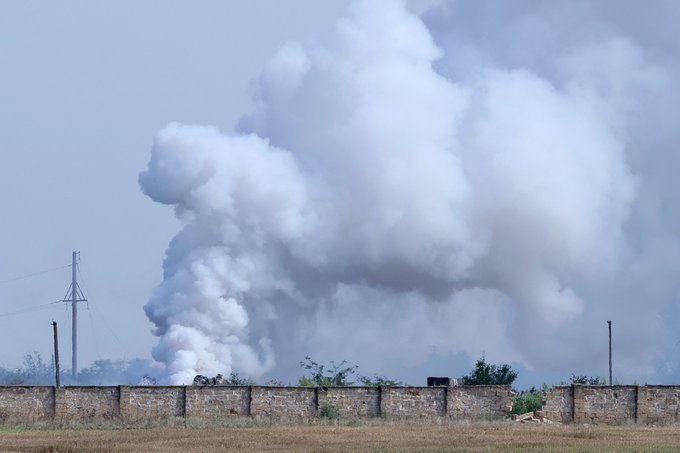 The Air Force made almost 2 200 strikes against the positions of the Russian occupiers.

The Ukrainian military made almost 2 200 strikes against Russian positions

On the morning of August 16, the ship BRAVE COMMANDER with grain for Africa left the port “Pivdenny”.

airmen from the 436th Aerial Port Squadron load palletized explosives bound for Ukraine  onto a C-17 Globemaster III during a security assistance mission at Dover Air Force Base, Delaware.

His name is Theodore. He was conceived in love and by a conscious decision of his parents, Oleh and Valeria, in the first weeks of the large-scale invasion. It is difficult for his mother, with his father now fighting to make sure their son is born in safety.  Oleh Berestovy