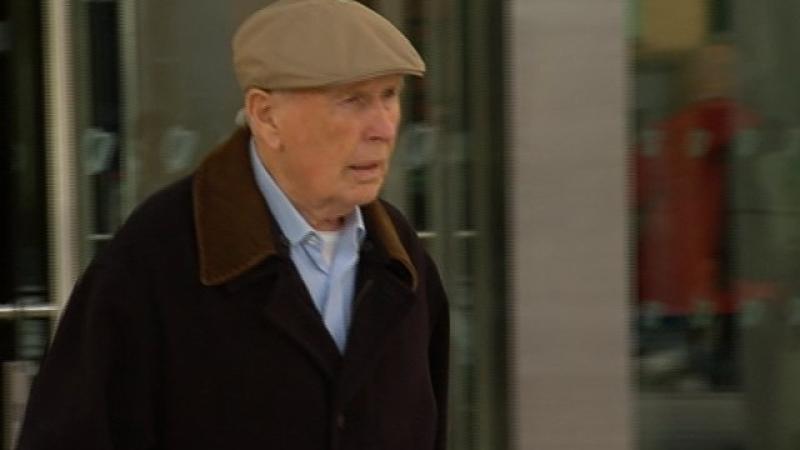 A  Director of Public Prosecution (DPP) decision not to prosecute 25 cases of sexual abuse “has left survivors of childhood sexual abuse at the hands of former surgeon Michael Shine in Our Lady of Lourdes Hospital, Drogheda, devastated,” according to patient advocacy group Dignity4patients.

The revelations came as part of an RTE Investigates programme aired last night.

The former surgeon was released  from the Midlands Prison this week after serving  3 years of a 4 year sentence following his conviction for offences against young boys at Our Lady of Lourdes Hospital in Drogheda and two local clinics between 1971 and 1992.

The programme detailed that the DPP had cited Shine’s advanced age and poor mental/ physical health as the reason for dropping the cases.

However, according to the programme the DPP decision was based, at least in part, to a court of appeals decision which ruled that an administrative error by the DPP meant 10 separate cases were dropped previously

The programme claimed they had seen documents which suggested the DPP  had failed to  send a letter to Shine’s solicitors to inform him of new cases against him, meaning the Court of Appeal ruled to throw the cases out.

The programme also revealed that 109 separate civil cases taken against Our Lady of Lourdes Hospital and the Medical Missionaries of Mary were due to be fully settled in the next two weeks having previously been delayed due to a row over payment of legal fees.

In a statement the Louth based victims group which supports a number of Shine’s victims criticised the news saying the age should be no barrier to prosecution.

“The majority of victim-survivors that engage with Dignity4Patients services were abused as children between 1964 to 1996 in Our Lady of Lourdes Hospital. It took many victim-survivors until adulthood to fully understand what happened to them. The sexual abuse they were subjected to as children, in a hospital, or in a doctor’s private rooms, was in fact a crime. A crime then and a crime now.”

“Due to their childhood trauma and failures of the legal and reporting systems it has taken decades for victim-survivors to engage with our services and to enter any criminal or civil justice proceedings. Others have just come forward and are only at the beginning of ‘any’ justice journey.”

“16 of these victim-survivors are supported by Dignity4 Patients. This decision was based on the cumulative factors of delay, cognitive and physical health of the accused, age and historical nature of allegations taken together with a decision from the Court of Appeal from last year.

Ms Reilly went on to say:

“In law, age, health and time past are no barrier to preventing prosecution in cases like this. This decision by the Director of Public Prosecution to rely heavily on the Court of Appeal Judgement, which was about a totally different issue on ‘delay’ leaves all sexual abuse victims of Michael Shine, and others, vulnerable to never seeing justice being served. This kind of interpretation is simply unacceptable.”

“Compounding this the lack of trauma informed staff in An Garda Síochána and under sourcing of both the Gardai and the Director of Public Prosecution has led to wholly unsuitable or delayed communication to victim-survivors.

Ms. Reilly describes how “one victim said the unexpected call from the Gardai informing him of the DPP decision as “very strange”…receiving the call during work with no support and no follow on support offered from them, he immediately had to stop work and lie down and was only able to go home when he had recovered… he stated it was not normal for him to have those kinds of episodes, and it was difficult to go back to work each day after that.”

She continued:  “every victim who comes forward to report sexual abuse is entitled to be listened to and dealt with sensitivity and with dignity.”

Another victim said “being notified by the Gardai, that their case would not be prosecuted by the DPP was conveyed in a such a manner that he felt like the Guard was simply cancelling a dinner reservation, and had little understanding of the impact this decision had on him’.

“Even though we have spoken to the Gardai and know that none of this was intentional, it should not happen like that, it is not victim-centred at all.

“They were very honest and told me they simply don’t have the resources to inform people the way they would like to and are not trauma trained.”

“This Inquiry should include claims of abuse stretching back over decades and inadequate safeguarding by institutions and organisations responsible for patient welfare and safety.

“All the previous arguments about any Commission of Investigation not being able to go ahead because it may prejudice ongoing civil or criminal investigations were dealt with in 2018 by Justice Barry Hickson in order to commence the work of the Commission of Investigation (Response to complaints or allegations of child sexual abuse made against Bill Kenneally and related matters) in relation to the former National Basketball Coach who sexually abuse boys in the 1980’s.”

“Victim-survivors are at a loss as to why there still has been no Commission of Investigation into the most prolific sexual abuse offender in this history of the state, where hundreds of children were sexually abuse by one person.

“Many victims-survivors have stated that if the government and the Department of Justice are serious about ‘zero-tolerance’ to all forms of violence including sexual violence, then the same standard of justice should be applied to yesterday’s children, as to today’s children in the hope that the zero-tolerance approach means there will be no tomorrows children subjected to sexual violations and abuse.

“That is their ask.”