Could Russia’s war kick start a renewable-energy revolution? It depends where in the world you look 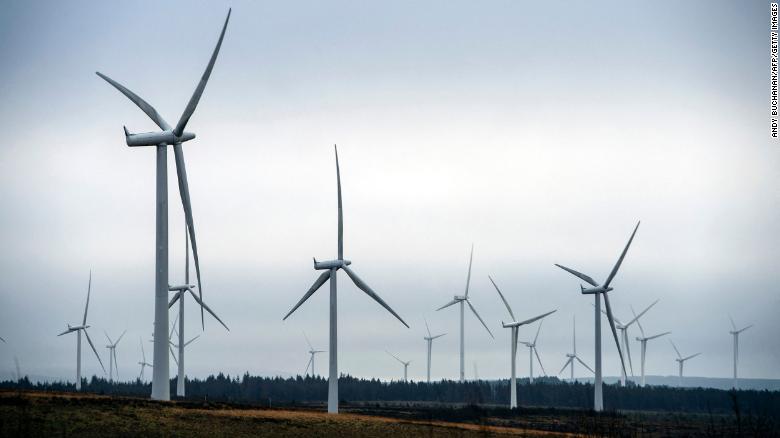 (CNN)As Russia’s brutal war in Ukraine disrupts energy supply and forces world leaders to examine their dependence on Russian oil and natural gas, leaders in the United States and Europe are scrambling to fill the gaps.

UK Prime Minister Boris Johnson this week advocated for new oil and gas drilling in the North Sea in the name of energy security, and there are talks in the UK and in Germany of delaying the closure of some coal-fired power plants.

There’s also increased pressure on the oil- and natural gas-rich US to produce more to send to Europe, and US President Joe Biden is trying to get Middle Eastern countries to produce more oil to help bring sky-high gasoline prices down.

This is all bad news for the climate crisis — which is caused by the burning of fossil fuels — but they are short-term responses. There is also good reason to believe that the upheaval brought by Russia’s war will speed the transition to clean energy in the long run.

While Johnson wrote of more drilling, he also wrote of doubling down on renewable energy, such as solar or wind power. A UK government spokesperson told CNN that a new energy strategy to be revealed next week will “supercharge” its renewables and nuclear capacity.

In Germany, which is highly dependent on Russian gas, the government brought forward its deadline for a full transition to renewables in its power sector by at least five years, to 2035.

But in the US, the path toward a clean energy transition has stalled in the Congress.

“The war will supercharge the European energy transition — most European leaders understand that diversifying from fossil fuels is a path to greater security,” Nikos Tsafos, an energy expert with the Center for Strategic and International Studies, told CNN in an email interview. “The response in the United States has been more bifurcated — some calling for more oil and gas production, others for more investments in renewable energy.”

Ultimately, Europe and the US are on a different footing with their clean energy transitions. The European Union, for example, has a detailed emissions target in law and a road map to cut emissions 55% by 2030. Biden’s administration has undertaken a number of executive actions and federal regulations to work toward the US emissions goal to cut 50-52% of emissions by 2030. But his target is lacking legislative teeth.

“We must walk and chew gum — address supply in the short term because families need to take their kids to school, and go to work, get groceries and go about their lives — and often that requires gas,” a White House spokesperson told CNN. “But in the long term we must speed up — not slow down — our transition to a clean energy future.” 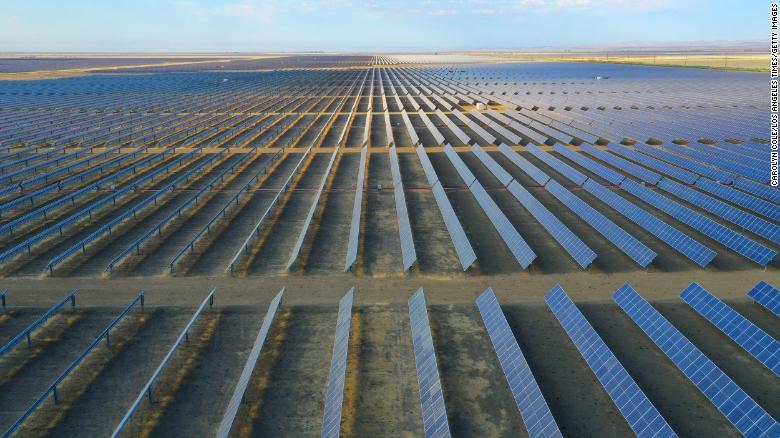 The EU road map still needs a vote, but it is backed by policies already underway. And many European countries have more developed clean energy infrastructure than the US, which is just starting to build out its offshore wind.

In 2020, the EU and UK had the capacity to produce around 49% of their electricity from renewables, almost twice that of the US’ 25%, according to the International Renewables Energy Agency. The EU and UK combined have about double the solar power capacity and wind capacity of the US, the agency has reported.

“It’s clear Europe has a game plan and the US has a target, which is not the same thing,” said John Larsen, a partner at the nonpartisan Rhodium Group.

In an interview with The Washington Post, International Energy Agency executive director Fatih Birol said Monday he believed the current situation in Europe was the first truly global energy crisis the world has faced — and could shape global energy for years to come.

“It can be a turning point,” Birol said, noting that governments responded to the oil shortage of the 1970s by making cars more fuel efficient and investing in nuclear energy. “I am also hopeful that at the end of the first global energy crisis, countries, not just states, will come up with new energy policies accelerating the clean energy transitions.”

Europe is already heading in that direction. 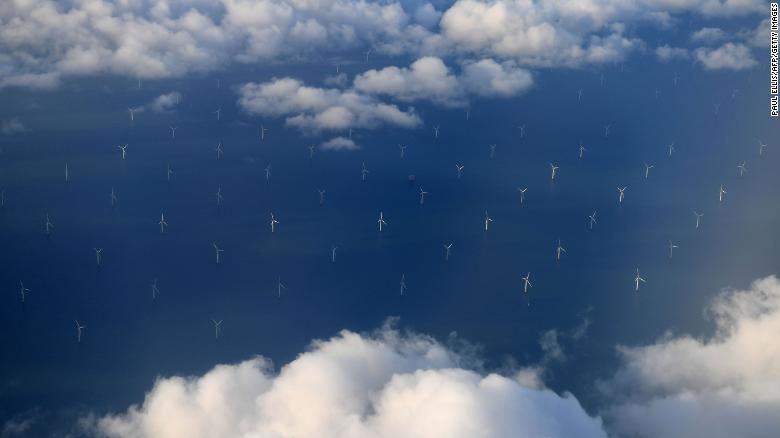 The Burbo Bank Offshore Wind Farm in Liverpool Bay on the west coast of the UK.

Biden’s administration has done several things on its own: proposing new regulations on vehicle emissions and methane; greenlighting offshore wind projects as well as onshore renewables; and taking executive actions on industrial emissions.

Still, Biden has been unable to get much of his clean energy and climate agenda through Congress so far, and experts say he doesn’t have much hope of reaching his emissions targets without it.

A recent Princeton University analysis showed that the clean-energy provisions in Biden’s now-shelved Build Back Better Act would have prevented 1.3 billion tons of greenhouse gas emissions from entering the atmosphere through 2035.

US Secretary of Energy Jennifer Granholm told CNN Wednesday that the current global energy crunch should spur action in Congress as soon as possible.

“This is a moment for Congress to be able to act,” Granholm told CNN at a clean energy event Wednesday. “There can be a compromise. There can be movement on this. The bottom line is this is a moment to have this happen; it’s an urgent moment.”

But there is no clear path in Congress to transition the US away from fossil fuels. Getting off Russian oil is one thing Democrats and Republicans can agree on; a bipartisan group recently came together to pass a House bill banning Russian oil imports to the US.

That’s where harmony on energy ends.

Instead of simply drilling for more oil and gas, officials in Biden’s administration and many Democrats in Congress have long argued that passing billions in tax credits for electric vehicles and renewable energy is a key way to relieve the US from its dependence on foreign oil, and will help insulate the country against future gas price shocks. 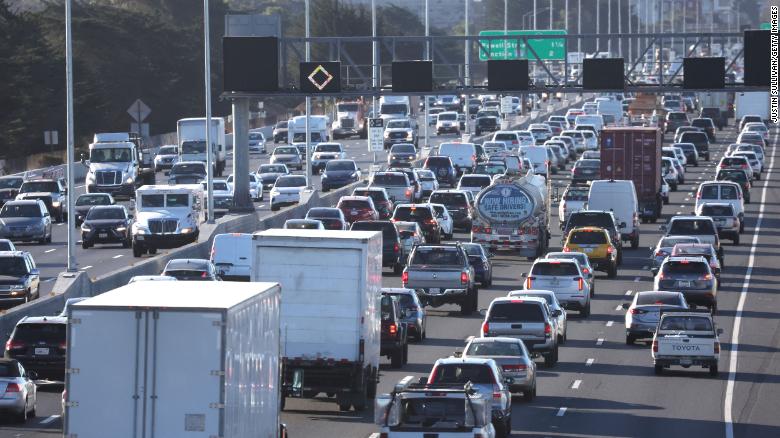 Traffic moves along Interstate 80 in Berkeley, California. As climate action in Congress stalls, the Biden administration has taken steps on its own, including proposing new regulations on vehicle emissions.

Republicans, on the other hand, argue this is a moment to get drilling.

In the middle of the two sides sits Sen. Joe Manchin of West Virginia, the Democrats’ swing vote on climate and clean energy legislation. Manchin has expressed support for Biden’s clean energy package, but he represents a coal state, and wants more drilling and fossil fuel infrastructure built.

Natural gas is expensive, dirty and financing war. Here are 5 ways to use less of it to heat your home

Beyond the future of the US clean energy legislation, more questions remain. Russia is also a major exporter of metals needed for electric vehicles and clean energy technology, which could hamper the transition to EVs.

The fate of Biden’s climate policy — and how quickly the US can transition to clean energy — largely depends on Manchin’s vote. There’s still no actual legislative package that’s been agreed upon, and Biden and congressional Democrats realistically have the spring and summer to get a Democrat-only bill through Congress before the midterm elections could upend the balance of power in Washington.

Larsen said that while market forces, like continued high oil prices, could nudge consumers away from gas cars and toward electric vehicles, massive federal investment in EVs and clean energy would still be needed.

“Should these higher prices last for a while, they’re going to help make the case for accelerating the transition we see with wind and solar, but it’s not the same as policy support to actually get there,” Larsen said. “Build Back Better and the [clean energy] tax credits, all of that would do 10 times more than these high prices would.”