New center facing the sea offers beds, meals, medical referrals for 144 homeless men, from a community of about 1,000 unhoused people in the city

The Tel Aviv Municipality has inaugurated a new shelter for unhoused residents of the world’s most expensive city, offering a space for almost 150 people to sleep, shower, eat, and receive counseling and medical referrals.

The new shelter, HaGagon, is named in honor of the late Rabbi Yechiel Eckstein, founder of the International Fellowship of Christians and Jews. The organization provided funding to expand the space, a former daycare center for children with unhoused parents.

The municipality worked with Israeli charitable organization La’sova, which runs a number of homeless shelters across the city, to reopen the building as a shelter for the houseless this summer.

At a cost of NIS 36 million ($11 million), the building, designed by Tel Aviv architect Yoav Messer, is on Elizabeth Bergner Street, near the famous Clock Tower in Jaffa, facing the Mediterranean Sea. It spans three floors and includes 19 bedrooms that can accommodate up to 144 tenants — only men at the moment — according to the municipality. Arrangements have been made to accommodate those with disabilities as well, the city said.

People staying at the shelter are given bedding, a towel, and a locker for their belongings. They share showers and bathrooms and have access to a laundry area, a kitchen, and a dining room, as well as general areas where the residents “can play board games or cards, read books, or browse the Internet, while enjoying a direct view of the sea,” the city said. Social workers are on-site to provide help and refer people for addiction treatment, where needed.

The shelter is only open from 3:00 p.m. to 9:00 a.m. the next morning, and people must fend for themselves for about eight hours every day. 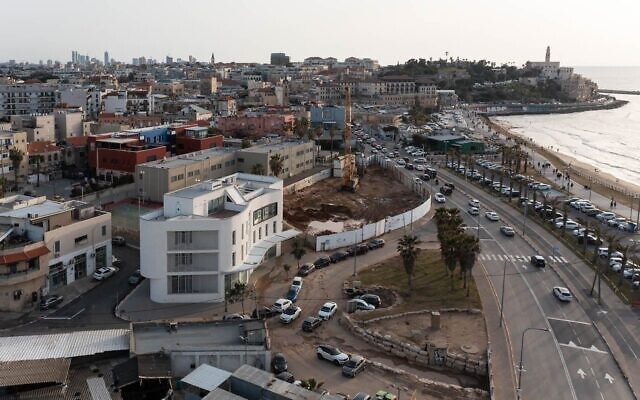 On a recent visit to the site, The Times of Israel found a cluster of men gathered a short distance from the shelter, watching the road and waiting. Others were wandering around the neighboring streets, or resting in the alleys between buildings.

Alongside the multi-million shekel apartments, Tel Aviv is also home to a sizable unhoused population. The actual figure is somewhere between 1,100 (according to the Tel Aviv municipality) and a much higher number, which experts and the Social Affairs Ministry believe to be more accurate, albeit including many people who are not receiving benefits from government agencies and who are therefore not registered as unhoused.

According to a Knesset report this summer that looked at data from various ministries and organizations, some 3,500 unhoused people across Israel received treatment or resources from official sources in 2020. Close to an additional 1,000 unhoused people did not turn to authorities for care or help.

Like elsewhere, many of Israel’s unhoused population struggle with addiction, mental health, and chronic diseases.

Yesh Atid MK Yasmin Sacks Friedman, who commissioned the Knesset report, criticized a “lack of holistic understanding of all the resources needed [to prevent people from winding up on the street] and rehabilitation.” 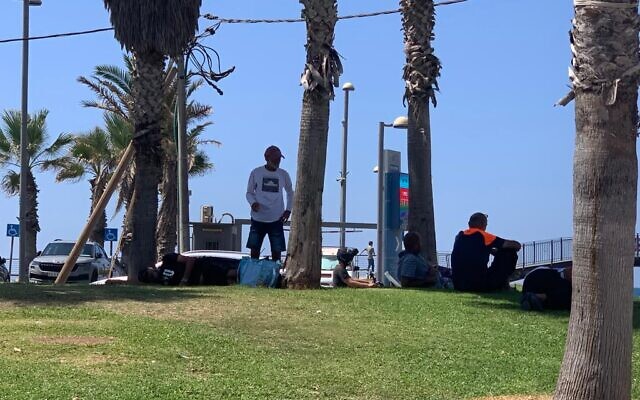 Tel Aviv’s first temporary shelter for unhoused people opened in 1986. There are now 13 across the city, run by La’sova, but they only provide a bed for around 150 people altogether and include those living with addiction, disabilities, and victims of domestic violence. La’sova also offers rehabilitation apartments in Tel Aviv, and runs rental arrangements for permanent accommodation for those in recovery or with chronic issues.

Up until its closure at the end of last year, Tel Aviv’s derelict bus station also functioned as a de facto space for those hoping to find shelter at night. 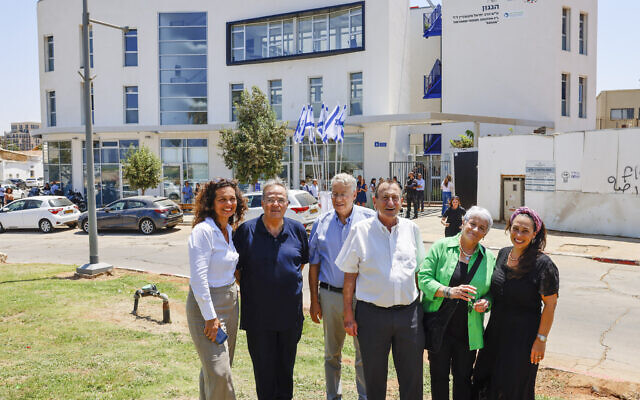 The municipality has been hoping to address the issue and has looked at models around the world. It faced heavy criticism in 2019 from Tel Aviv residents, who wanted people fighting addiction off the streets, methadone distribution facilities shut down, and brothels closed.

“Every single person in Tel Aviv has rights and deserves to be treated and cared for. The municipality established the shelter based on this leading value,” said Tel Aviv Mayor Ron Huldai in a statement.

Supporting The Times of Israel isn’t a transaction for an online service, like subscribing to Netflix. The ToI Community is for people like you who care about a common good: ensuring that balanced, responsible coverage of Israel continues to be available to millions across the world, for free.

Sure, we’ll remove all ads from your page and you’ll unlock access to some excellent Community-only content. But your support gives you something more profound than that: the pride of joining something that really matters.

Join the Times of Israel Community Already a member? Sign in to stop seeing this