The inventor of the Narcan opioid overdose treatment is developing a new drug antidote to combat fentanyl, a synthetic opioid that is driving record US overdose deaths.

Fentanyl is far more powerful than the prescription pills and heroin that set off the overdose crisis. Narcan was developed to reverse the effects of those drugs, but is less effective against fentanyl, which is causing the majority of deaths.

“My focus is still the fact that despite having Narcan nasal spray out there, how many lives are still lost,” Roger Crystal, Narcan’s inventor, told The Times of Israel ahead of Wednesday’s Overdose Awareness Day.

“It just shows our work isn’t done. We really must continue to innovate,” he said.

Crystal, a Jewish surgeon from the UK, started his career working in emergency rooms. He then transitioned into the business world and began working with healthcare companies.

Around 10 years ago, his company, now called Opiant Pharmaceuticals, was looking into using an opioid antagonist called Naloxone to counter binge eating. Around the same time, US overdose deaths started to climb. He said that, with his outside perspective of the unfolding crisis, he foresaw a problem due to the opioid prescription practices in the US.

“When you look at the data, even then, about how many opioids were being prescribed in the US compared to anywhere else in the world, it was far, far higher,” he said. “One could see this was only going to go in one direction and we were going to see a huge increase in overdose deaths.” 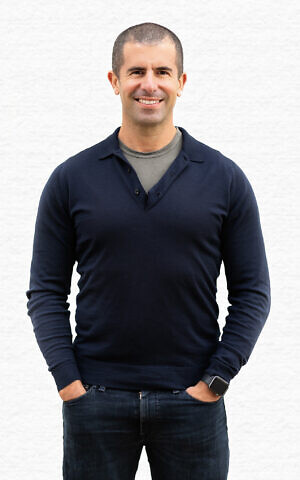 US doctors were prescribing powerful opioids, such as OxyContin, at high doses, while in the UK, physicians used less potent medications, like codeine.

Opioids are a class of drugs that bind to opioid receptors in the brain. They reduce pain, but also cause euphoria, making them addictive.

The drugs can also block the body’s automatic breathing mechanism. During an opioid overdose, the user loses consciousness, and their breathing can slow or stop, cutting the supply of oxygen to the brain in a condition called hypoxia, which can cause brain damage and death in minutes. Naloxone is an opioid antagonist, meaning it blocks the drugs from the opioid receptors in the brain.

Crystal’s company adapted Naloxone into a nasal spray called Narcan that anyone can use with minimal training, allowing bystanders to take the place of paramedics. Drug users often keep their own supply at the ready in case of an overdose, and police and first responders carry the spray with them. The treatment from Opiant and its partner Emergent Biosolutions went on sale in 2016. It is also now sold as a generic drug, but is usually still referred to as Narcan. 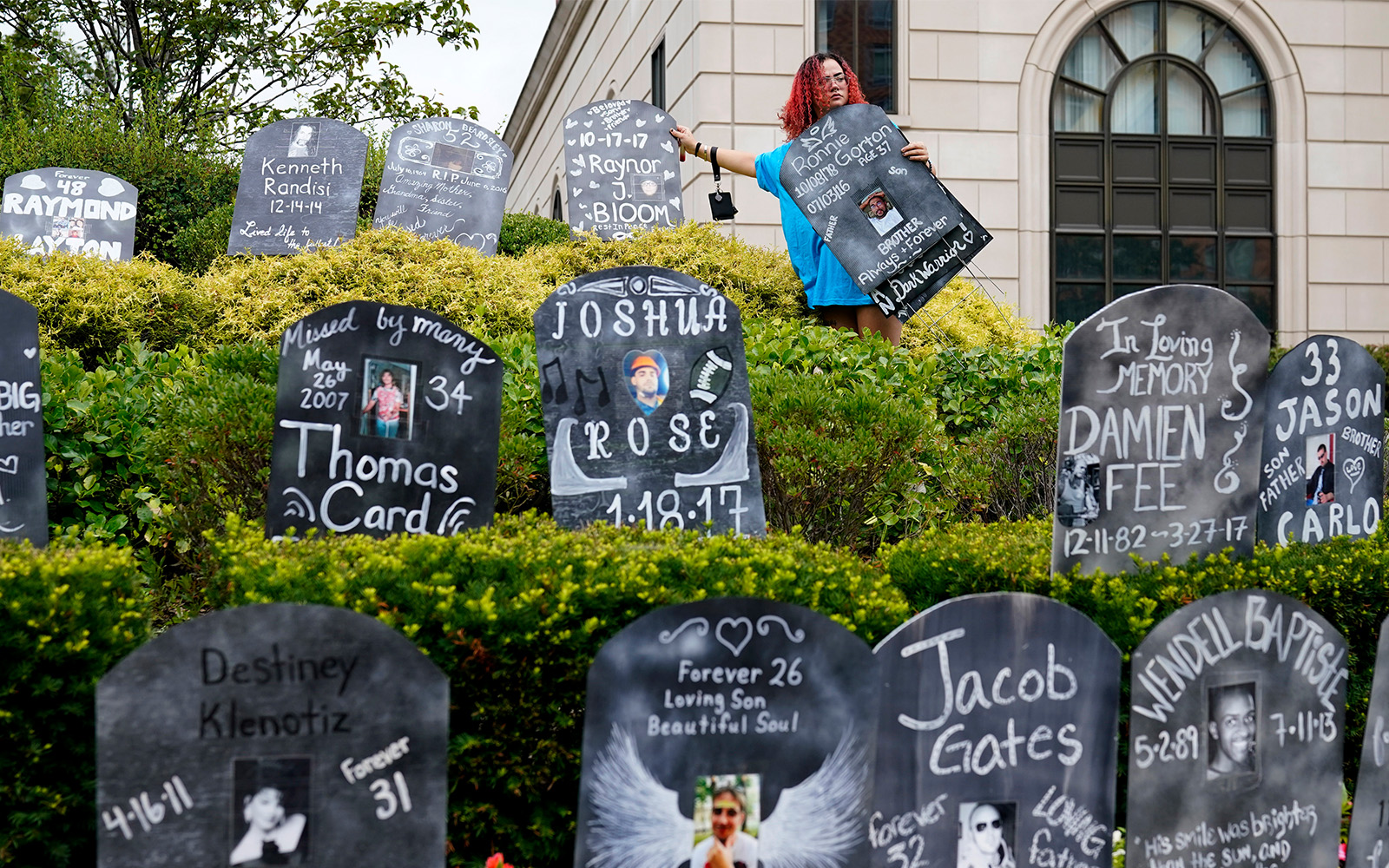 An activist sets up cardboard gravestones with the names of victims of opioid overdose outside the courthouse where the Purdue Pharma bankruptcy case is taking place in White Plains, New York, on August 9, 2021. (AP Photo/Seth Wenig, File)

Narcan is less effective today than when it debuted, however.

The drug crisis began with over-prescribed prescription pills, prompting a government crackdown. As the supply went down, prices on the street went up, causing many users to turn to heroin, which was cheaper and easier to come by. Then the heroin started to run scarce too, leading to the third wave of the drug crisis — the fentanyl wave.

The synthetic opioid is cheap, relatively easy to produce, and around 50 times more powerful than heroin. It is often cut into heroin, or disguised as the drug, so users are unable to gauge their dosage, making it even more dangerous. Some drug users prefer fentanyl over heroin and take it deliberately.

Fentanyl has also been increasingly put into counterfeit prescription pills, including non-opiates like Xanax and Adderall, causing overdoses in people who are not even aware they’re at risk. Other fentanyl analogs, like carfentanil, are even more powerful.

Fentanyl is stronger, faster acting and longer lasting than heroin or prescription pills, and can overwhelm or outlast Narcan in the body. Someone who is overdosing on fentanyl might briefly recover after receiving Narcan, but fall back into the overdose again, since fentanyl lasts longer than Narcan does.

A former addict who spoke to The Times of Israel earlier this year said he and a friend used to knowingly use fentanyl when they couldn’t find heroin, and would keep an eye on each other with a supply of Narcan at their side, but that multiple doses were sometimes needed to counteract an overdose.

He said he had seen and heard of police and EMTs being reluctant to use more than two doses to save someone.

“They become jaded. They think that, ‘Well, a drug addict is a drug addict, and if we’re going to save him today, he’s just going to overdose again tomorrow.’ And that may be, but to not save a life because of the cost of this lifesaving Narcan, that’s crazy to me,” he said. 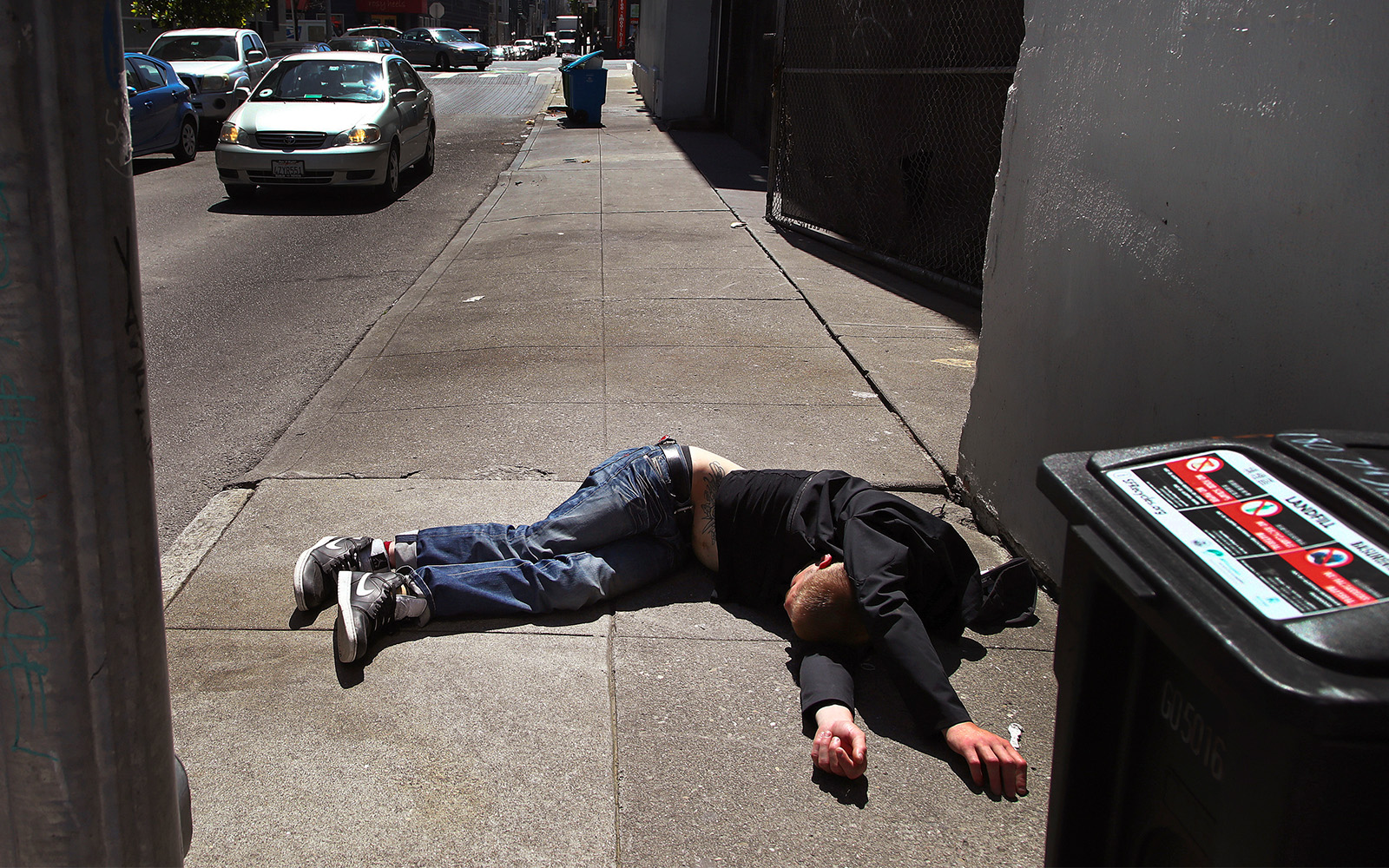 A man lies on a sidewalk in San Francisco as the city deals with a surge in overdoses, April 26, 2018. (AP Photo/Ben Margot, File)

Crystal and Opiant began developing a new drug, called OPNT003, which replaces Naloxone with a more powerful opioid antagonist called Nalmefene. It will also be delivered as a nasal spray.

The FDA approved Nalmefene as an injection called Revex in 1995, but it was discontinued because there was no need for such a powerful treatment.

“We think it has properties that make it potentially better suited for overdoses from synthetic opioids, including illicit fentanyl,” Crystal said of Nalmefene.

The data on Nalmefene comes from animal studies, and there is no risk to taking it, so the researchers administer it to healthy volunteers to measure its absorption rate and levels in the blood. They also artificially recreate opioid overdoses by slowing volunteers’ breathing in a controlled lab setting, using an anesthesia drug called remifentanil, then test how quickly the volunteers react to Nalmefene compared to Naloxone.

“The data shows it acts faster, stronger, longer,” Crystal said. “Every second, every minute counts around whether you are able to save someone’s life.”

Besides saving lives, it’s important to reverse overdoses quickly because brain damage occurs within minutes during an overdose, causing disabilities, similar to having a stroke.

OPNT003 is going through the FDA approval process and Crystal said he hopes it will be on the market next year.

It will mainly go to government agencies and law enforcement. Colleges and parents will also likely be interested because counterfeit prescription drugs popular with young people are causing so many deaths. It may also be more effective than Narcan against carfentanil. 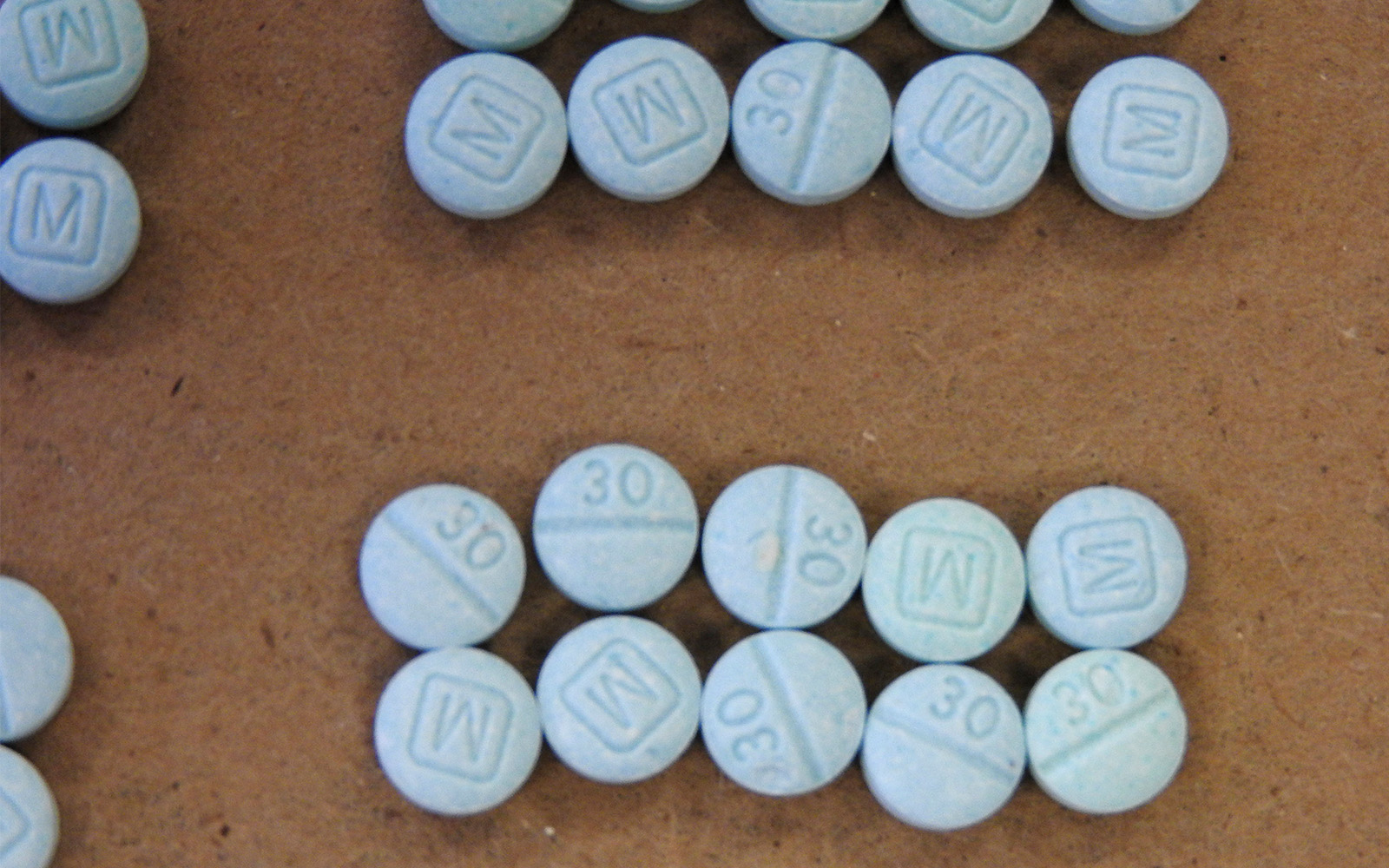 Crystal said he is a “huge admirer” of Israel, visits often and did a gap year after high school in the Jewish state, during which he spent six months milking cows on a kibbutz. The Israeli venture capital firm Pontifax has invested in Opiant.

Israel does not have an overdose crisis like the US, but may be interested in the drug once it’s approved to protect civilians and troops against chemical attacks, he said. Carfentanil is powerful enough to be used as a weapon and is banned from the battlefield by the Chemical Weapons Convention.

Opiant has received funding from the US Biomedical Advanced Research and Development Authority (BARDA), a Department of Health agency responsible for preparing against bioterrorism.