MOSCOW, Russia — A Russian court on Monday stripped investigative newspaper Novaya Gazeta, whose chief editor last year was co-awarded the Nobel Peace Prize, of its print license, in the latest blow to the country’s independent media.

Russian independent media have in recent years faced unprecedented pressure, with authorities further tightening the screws since the start of Moscow’s February offensive in Ukraine.

All main independent media outlets have been shut down in Russia or suspended their domestic operations after a series of media restrictions were imposed on coverage of the Ukraine conflict.

“The Basmanny court of Moscow invalidated the registration certificate of the print version of Novaya Gazeta,” the outlet, which suspended publication in late March, said on social media.

UN Human Rights Office spokeswoman Ravina Shamdasani said the decision was “another blow to the independence of Russian media.” 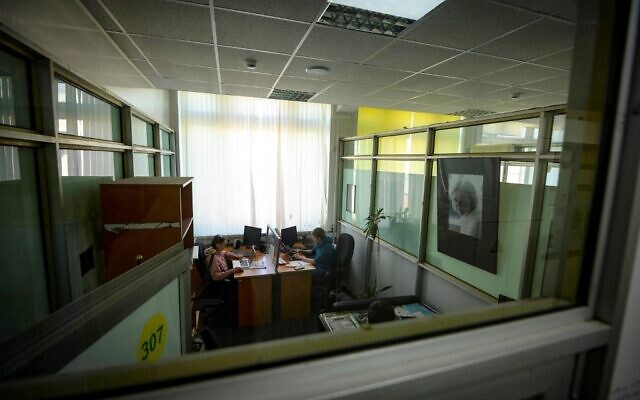 In a statement, the court confirmed the verdict, which followed legal proceedings initiated by Russia’s media watchdog Roskomnadzor.

Roskomnadzor had petitioned the court to revoke Novaya Gazeta’s license, accusing it of failing to submit the newsroom charter to authorities on time.

The media regulator is also seeking to shut down Novaya Gazeta’s website and a print magazine it launched in July.

Novaya Gazeta announced March 28 that it was suspending operations for the duration of what it referred to in quotation marks as “the special operation” in Ukraine, the term that Russian authorities insist media must use for the military action in Ukraine.

Its team, however, launched a new project, Novaya Gazeta Europe, from abroad, criticizing the operation in Russia’s ex-Soviet neighbor.

Two court hearings are scheduled for later this month.

Monday’s ruling came less than a week after the death of last Soviet leader Mikhail Gorbachev, who helped in the founding of Novaya Gazeta in the early 1990s. 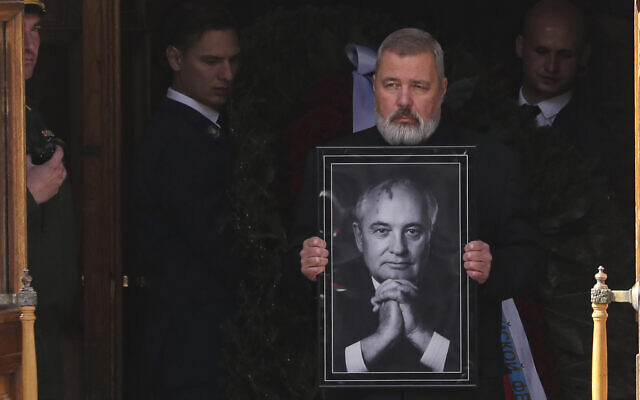 Nobel Peace Prize awarded journalist Dmitry Muratov carries a portrait of the late former Soviet president Mikhail Gorbachev after a farewell ceremony at the Pillar Hall of the House of the Unions in Moscow, Sept. 3, 2022. (Maxim Shipenkov/Pool Photo via AP)

Muratov said after Monday’s hearing that the paper will appeal the court’s decision, calling it “political” and “without the slightest legal basis,” news website Mediazona reported.

Novaya Gazeta has paid a heavy price for its independent stance and investigative coverage over the years.

Days after Russian President Vladimir Putin sent troops into Ukraine on February 24, Russia’s Kremlin-controlled parliament approved legislation that outlawed alleged disparaging of the Russian military or the spread of “false information” about the country’s military operation in Ukraine.

Dozens of Russian independent media outlets were banned as a result, while others announced halting any reporting related to Ukraine.

Later on Monday, a decision is expected in the case against respected former journalist Safronov, who reported on the military, politics and Russia’s space program.

He was arrested in July 2020, after leaving journalism to serve as an adviser to the head of the state space agency. 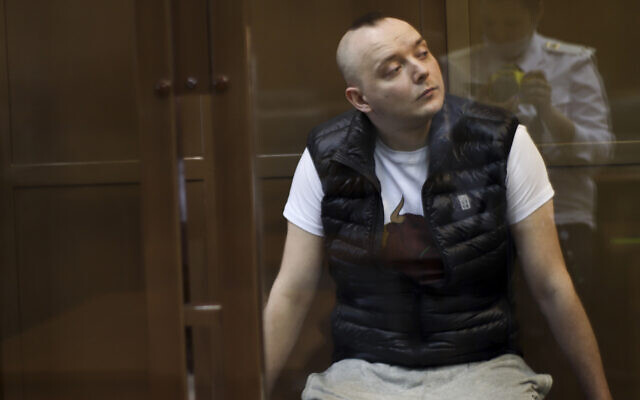 In this image made from video provided by the Moscow City Court, Ivan Safronov, an adviser to the director of Russia’s state space corporation, sits in a court room prior to court session in Moscow, Russia, June 30, 2021. (Moscow City Court via AP)

The FSB security service has accused Safronov of collecting confidential information about Russian military, defense and security and handing it over to the intelligence service of a NATO member country.

At the start of his trial in April, Safronov called the case a “complete travesty of justice” and said he was not guilty.

The ex-journalist has said his reporting was based on analysis of open sources and conversations with officials.

Safronov’s case triggered a backlash from independent journalists and — in an unusual move — from several reporters in the Kremlin press pool covering Putin.

On Monday, a dozen independent media, including Novaya Gazeta, published a statement demanding Safronov’s release, saying the harsh sentence was “revenge” for his work.

“It’s clear to us that the reason for the persecution of Ivan Safronov is not ‘treason’… but his journalistic work and materials that he published without regard for the opinion of the defense ministry and Russian authorities,” it said.

Why do we publish in Arabic and Persian?

Learn more Already a member? Sign in to stop seeing this