Tang will lead a delegation of MEPs to Dublin this week to speak with senior civil servants on Ireland’s tax regime. 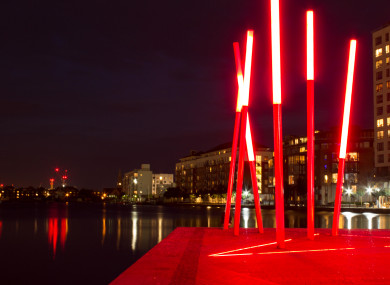 A DUTCH MEP has described Ireland as a “hub for tax avoidance” ahead of a visit to Dublin this week.

Paul Tang MEP, a member of the Progressive Alliance of Socialists and Democrats group within the European Parliament, told The Journal that Ireland’s current tax policies are leading to tax avoidance and hurting the tax bases of other European countries.

It comes ahead of his planned visit to Ireland next week with the European Parliament’s subcommittee on tax matters (FISC), where committee members are set to meet with senior civil servants in the Department of Finance on the State’s tax system.

The committee will also meet with the Revenue Commissioners as well as representatives from the private sector, including Apple, Google and Facebook.

Tang, who chairs the FISC committee, said that the European Parliament had previously voted to declare Ireland, alongside the Netherlands and Luxembourg, as tax havens.

“It’s [Ireland] one of those countries in Europe that European Parliament considers to be a tax haven but more importantly, it’s for us the reason to have, hopefully, a constructive discussion on what Ireland’s going to do about it because it comes to the detriment of taxpayers in Germany, France, and so on,” Tang said.

“It’s costing other European countries money, taxpayers money, and that is what we want to address of course and the European Commission is on the same line.”

He said that this avoidance was primarily done through attracting ‘phantom’ foreign direct investment, which is used to minimise the tax liabilities of companies.

A 2019 International Monetary Fund report found that Ireland, alongside nine other countries like Luxembourg, the Netherlands and the Cayman Islands, hosted 85% of the world’s phantom investment.

Phantom investments are essentially shell companies, which the report says carry out “no real business activities” and instead manage intangible assets to reduce a multinationals’ global tax bill.

Tang said it was due to these ‘phantom’ investments that Ireland remained as “one of the hubs in the tax avoidance industry”.

He said that “fighting” these shell companies would “show Europe it no longer deserves the label of ‘tax haven’”.

Tang has previously been in hot water with Irish politicians after he described Ireland as a “tax pirate” in 2o18 over the State’s corporate tax regime, with former Fine Gael MEP Brian Hayes defending Ireland’s tax systems. 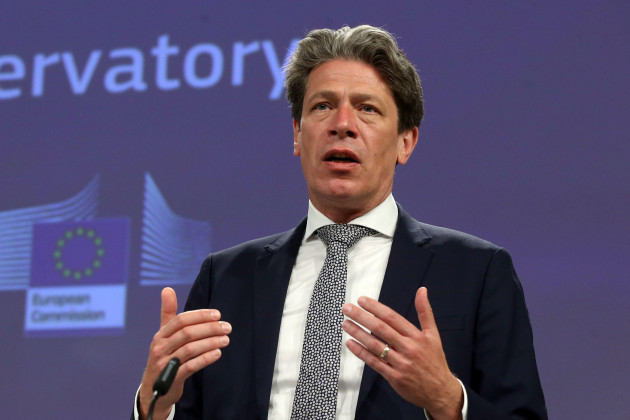 When asked if he would still use those terms, Tang said that his opinion had not changed since making the comments, but that he has had “constructive” discussions with the Irish Government on tax since.

He did raise concerns about Hungary, who are currently holding out on accepting the reform, saying that the country is engaging in “blackmail diplomacy” by using national vetoes against the policy at EU level.

Tang said that he hoped Ireland would stand with other EU countries and push back against Hungary.

“I think it’s important that we live up to the international deal in first place, because that puts an end to the race to the bottom but it has become even more pressing since we need a solid response to the blackmail attends by Hungary, so I very much hope that the Irish will continue on the path that they embarked upon.”

Last week, Finance Minister Paschal Donohoe said that he wanted to see “careful and patient” engagement with the Hungarian Government on the tax deal, saying that it was both a global and European challenge.

Tang also said that there was a “disconnect” between Irish politicians and the Irish public on tax, particularly tax paid by large corporations.

In July 2020, the General Court of the European Union ruled in Apple and Ireland’s favour in their legal challenge against the Commission’s order for the iPhone maker to hand back €14.3 billion in allegedly unpaid taxes to the Irish government.

“If I ask people simply on the street, ‘would you rather see that Apple keeps their billions or that they pay their taxes?’,” said Tang, adding that he believes the public is clear in wanting large companies to pay their fair share.

“It’s all about fair tax policy. People find it simply unfair that they have to pay taxes and large corporates don’t.

“That’s throughout, you don’t have to be a left-wing politician. I think it’s across the board, across the political spectrum. It’s only grown over the years.”