Iran is planning to ship missiles and drones to boost Russia’s dwindling supplies amid their invasion of Ukraine, according to a US media report on Sunday.

Citing two unnamed officials from a US-allied country who had been briefed on the matter, The Washington Post reported that Iran is preparing its first delivery of short-range ballistic missiles to Russia during the war, which will include Fateh-110 and Zolfaghar missiles, capable of reaching targets 300 and 700 kilometers away, respectively.

Iran is also getting ready to supply additional unmanned aerial vehicles, including “dozens” of Mohajer-6s, and “kamikaze” drones known as the Shahed-136, which carry explosives and crash into targets at a distance of up to 2,400 kilometers.

The briefing was shared with US and Ukrainian officials, according to the newspaper. US intelligence agencies, Iran and Russia did not comment on the report.

The same sources told The Washington Post in August that Iran was beginning to provide the Mohajer-6 and Shahed-136 to Russia.

Since then, Ukraine has provided evidence that Iranian-made drones — which appeared to be repainted and given Russian names — have been used in strikes across the country by Russia. US defense officials have also publicly confirmed the use of Iranian drones by Russia, and that Ukrainian forces have successfully shot down some of the UAVs. 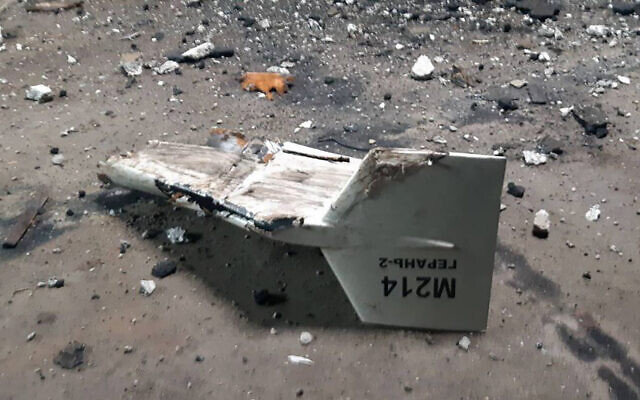 The wreckage of what Kyiv has described as an Iranian Shahed drone downed near Kupiansk, Ukraine, September 13, 2022. (Ukrainian military’s Strategic Communications Directorate via AP)

In response to the report that Israel’s regional rival was providing weapons to Moscow, Diaspora Minister Nachman Shai called on the government to provide military aid to Kyiv.

“There is no longer any doubt where Israel should stand in this bloody conflict. The time has come for Ukraine to receive military aid as well, just as the USA and NATO countries provide,” he wrote on Twitter.

Though it has sent repeated shipments of humanitarian aid to Ukraine, Israel has repeatedly rebuffed Kyiv’s requests for defense weapons, specifically missile defense systems that could be used to fend off Russian airstrikes, despite expressing sympathy for the country’s plight.

The refusal is seen as an attempt by Jerusalem to maintain working ties with Moscow, due to Russia’s control of Syrian air space, where Israel’s air force has carried out hundreds of sorties against alleged Iranian arms shipments and in order to keep groups backed by Tehran from establishing a foothold.

Russia has largely turned a blind eye to the Israeli air strikes, though ties between Jerusalem and Moscow have suffered as Israeli has condemned its invasion of its neighbor. 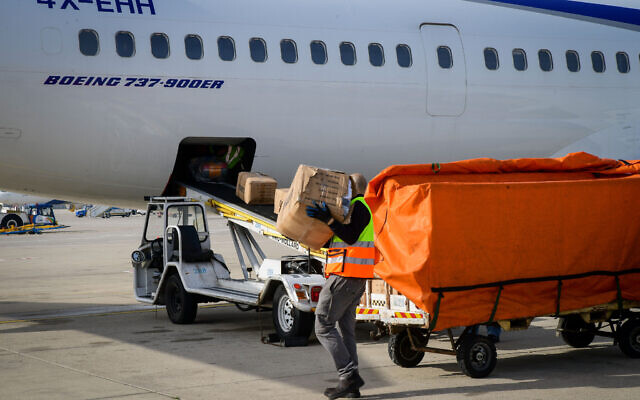 Iranian Foreign Minister Hossein Amir-Abdollahian denied on Saturday that Tehran was supplying Russia with weapons, and “emphasized that the Islamic Republic of Iran has not and will not provide any weapon to be used in the war in Ukraine.”

“We believe that the arming of each side of the crisis will prolong the war,” the Iranian foreign minister said in a call with his Portuguese counterpart Joao Gomes Cravinho.

“We have not considered and do not consider war to be the right path either in Ukraine or in Afghanistan, Syria, and Yemen,” Amir-Abdollahian claimed.

In a separate phone call with EU foreign policy chief Josep Borrell on Friday, Amir-Abdollahian reiterated Iran’s official stance of neutrality over the war that began nearly eight months ago.

“We have defense cooperation with Russia, but our policy regarding the war in Ukraine is not sending weapons to the conflicting parties, stopping the war and ending the displacement of people,” he said.

Last month, Ukraine blasted Iran for providing the attack drones to the Russian military and announced it was taking diplomatic action against the Islamic Republic, revoking its ambassador’s accreditation and ordering a significant reduction of embassy staff.

According to US Deputy Director of National Intelligence Morgan Muir, Russia has lost more than 6,000 pieces of equipment since the beginning of the war. In addition to the pressure applied by Western sanctions, Moscow is therefore forced to turn to pariah states such as North Korea and Iran for military supplies.

Times of Israel staff contributed to this report.