Make sure you don’t miss our weekly newsletter we send to our English-speaking readers each Monday morning by following the link: http://amp.gs/jGi8I 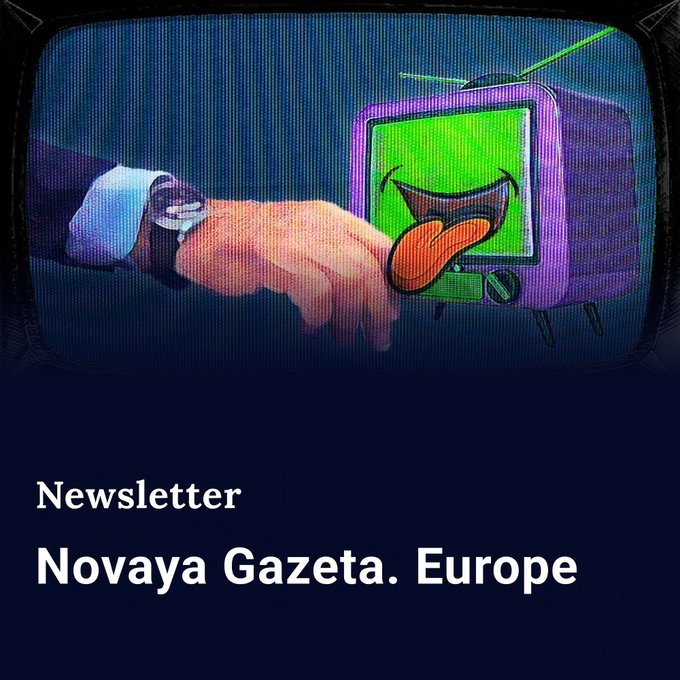 briefed #HRCttee about the continued dismantling of independent journalism in #Russia and the cases of Ivan Safronov, Vladimir Kara-Murza & Maria Ponomarenko. We have been at all 3 briefings, after which #Russia sabotaged the review twice.

Mass weddings in Russia before the men are shipped to Ukraine to become cannon fodder. Dystopian.

“Putin will talk tough but we must not give in to the ranting of a bully on the back foot. The choice is simple: do you wish to live in a world of freedom and partnership or a world at the mercy of tyrants?” writes Mikhail Khodorkovsky

time.com If America Is Still America, It Must Step Up Its Support for Ukraine The cost of supporting Ukraine may be high but the cost of failing to keep doing so would be much higher, writes Mikhail Khodorkovsky

Interception of a Russian quadrocopter carrying 6 VOGs and its destruction when tried to flee, which led to the detonation of his ammunition #UkraineWar #UkraineRussiaWar

#Ukraine: A Russian MT-LB armoured vehicle was destroyed by the Ukrainian Airborne forces in the East.

Ukraine is currently negotiating with the West to acquire SAMP-T air defense systems. The Ministry of Defense is counting on a positive decision.

The Minister of Defense Reznikov: Ukraine hopes to receive the SAMP-T air defense system from the…

Ukraine is currently negotiating with the West to acquire SAMP-T air defense systems. The Ministry of Defense is counting on a positive

How Ukrainian rescuers dismantle the debris of a house ruined by the Iranian drone in #Kyiv. Video 3 of 3, shot by Babel’s journalist Ghanna Mamonova.

In a dispatch for The Beet,

reports on how Moldova’s autonomous region of Gagauzia, which was established to safeguard the Gagauz language and culture, has retained its Soviet-era Russification and Moscow’s political influence.

You might want to sit down for this: Many Russian conscripts have reported not receiving the payments they were promised before serving in the army.

The Russian Book Union has sent a letter to anti-LGBT lawmaker Alexander Khinshtein expressing concern that his proposed expansion to Russia’s ban on “gay propaganda” could outlaw works by Dostoevsky, Bulgakov, and Ostrovsky.

At this very moment, the whole of Ukraine  is under air raid warning. As I write this, this little girl is undoubtedly, scared in a bomb shelter. This is who Putin  is trying to murder. Give Ukraine  air defense now! #UkraineWillResist