We use your sign-up to provide content in ways you’ve consented to and to improve our understanding of you. This may include adverts from us and 3rd parties based on our understanding. You can unsubscribe at any time. More info

Retired air Vice-Marshall Sean Bell said the incident was “intentional” by Russia and could have sparked a NATO response. Speaking to Sky News, Mr Bell said: “The incident that occured on September 29, and it was only announced by Ben Wallace yesterday. The Su-27, one of the Russian aircraft, fired a missile in close proximity to an RAF plane.

“The target was an RC-135 aeroplane, it’s the eyes and ears over the battlefield.”It’s a surveillance aeroplane with a crew of about 30.”On the day it was operating over the Black Sea, it was operating in international airspace, it was unarmed and it was on a flight plan.”Quite regularly on these flights, these aircraft are shadowed by Russian aircraft who are either intimidating them or just watching what is going on.READ MORE: Putin told to conscript Russian women as Ukraine troops close in 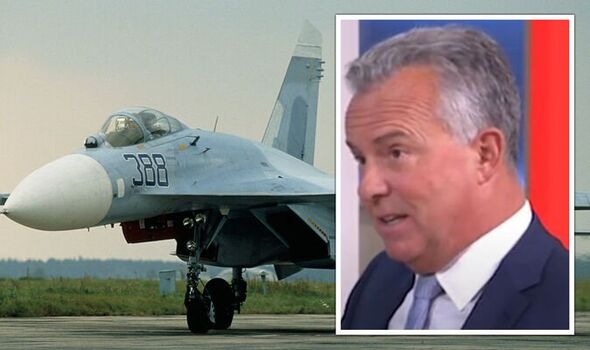 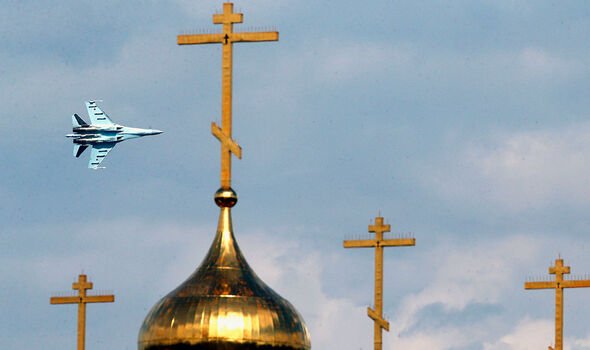 Russia and also could have provoked NATO to provide a response (Image: GETTY)

“For about 90 minutes on the day they did that the Russians then departed, once they were out of sight that’s when the incident occurred.”The Russians claim this was a technical malfunction, you don’t launch missiles as a technical malfunction.”This was quite an intentional act. What is also the case is the Russians are intensely frustrated at the West’s use of air and space power to support Ukraine.”If they had managed to shoot this down it would have been a massive coup for Russia and also could have provoked NATO to provide a response which of course would suit Putin’s agenda.”

Mr Wallace told the Commons the incident occurred in “international airspace over the Black Sea” on September 29.He added that an “unarmed RAF RC-135 Rivet Joint” – a spy plane – was “interacted with” by two Russian SU-27s, one of which “released a missile in the vicinity of the RAF Rivet Joint beyond visual range”.The Commons heard that the Russians blamed the incident on a “technical malfunction”.In a statement updating MPs on the war in Ukraine, Mr Wallace said: “I would also like to share with the House details of a recent incident which occurred in international airspace over the Black Sea.