Thousands fled to Georgia as soon as Moscow’s call for a military mobilization was announcedImage: AP/picture alliance

Ever since Moscow’s mobilization drive to shore up Russian troops in Ukraine, a Russian feminist group has been helping men to avoid conscription. It’s become a political force to reckon with.

When Moscow announced its military mobilization drive on September 21, Liliya Vezhevatova almost stopped sleeping. She was asked by several friends and acquaintances to help men to leave Russia. Vezhevatova herself lives in the Armenian capital Yerevan and is a coordinator of the “Feminist Anti-war Resistance” group or FAS.

Russian President Vladimir Putin recently said that more than 222,000 people had already been called up as part of the “partial mobilization,” as it is officially called in Russia. But it’s also prompted a huge exodus.

According to independent Russian newspaper Novaya Gazeta Europe, more than 260,000 men have left the country to avoid conscription since the mobilization was announced. And the Feminist Anti-war Resistance has been faced with new tasks. 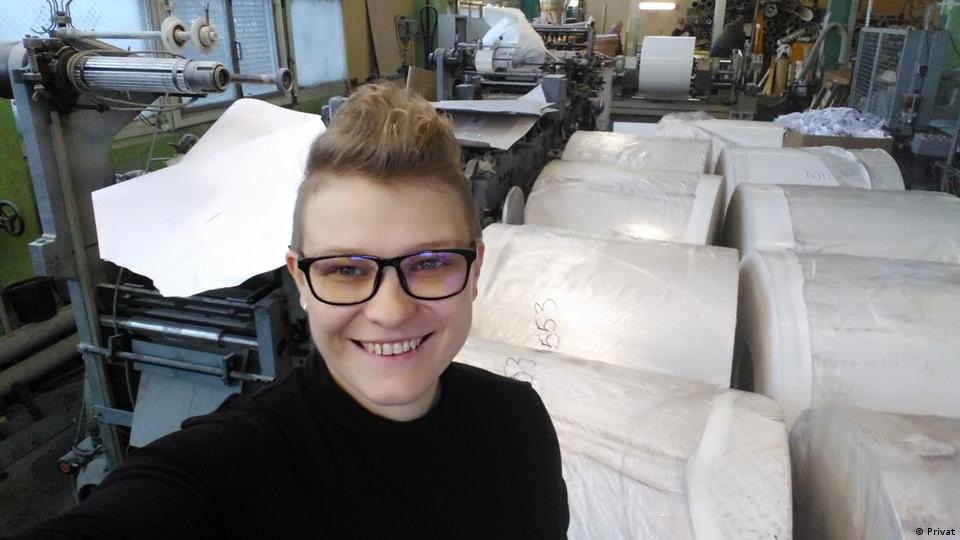 “We have provided advice, bought tickets, organized buses and provided accommodation for people,” Vezhevatova told DW. “Most of the men left between September 21 and 26.” Several hundred FAS activists in Russia and abroad were involved in the work, she said, adding that she had personally helped 60 men to leave Russia.

Consequences of anti-war stance in Russia

Getting high-risk persons out first

FAS activist Lolja Nordic had a similar experience with conscientious objectors: “I was contacted by dozens of people who wanted to escape conscription into the Russian army or help relatives. I informed them about their human rights and put them in touch with activists who could organize a trip out,” Nordic told DW. “I bought plane tickets, looked for rides or temporary housing.” She said that most of the people who had wanted to leave the country had done so but others were preparing to do the same.

Vezhevatova said that the first who needed to be taken out of the country were transgender people or people arrested during protests, as they were the most threatened by the regime. “There was a danger that the security forces would come to get them at home with draft notices.”

She explained that helpers had collected high-risk people at the Russian-Georgian border and put them up in rented apartments of activists. “Some joked that they now had no place to sleep themselves,” Vezhevatova said. In her view, women now form the foundation of Russian civil society because they are quick to join forces and provide effective help.

The FAS is the most important institution that the feminist movement in Russia has spawned, according to Natalia Kovyliaeva. The political scientist at the University of Tartu in Estonia said that at the beginning of this year there were about 57 feminist groups in Russia in about 30 regions of the country. Many of them had banded together to form the FAS on February 25, the day after Russia invaded Ukraine. Today, according to Kovyliaeva, the movement is active in 100 cities in Russia and abroad.

On the Telegram messaging app, the FAS currently has more than 40,000 followers. Its members organize protests against the war, wear black clothes on the streets, spread anti-war memes on social networks, write “No to War” on banknotes, and publish a newspaper called Zhenskaya Pravda (Women’s Truth).

“Zhenskaya Pravda is an independent anti-war newspaper that is not ashamed of being printed and shown to our mothers and grandmothers,” it says on Twitter, where the paper can be downloaded.

As part of “Mariupol 5000,” FAS activists have placed hundreds of memorials in the courtyards of houses in Russia to commemorate the people killed in the eastern Ukrainian city of Mariupol.

“Feminists have been providing legal, psychological, and material assistance to fugitives, helping them move, and giving care to activists who are physically burned out,” Kovyliaeva said.

A feminist political force to reckon with

The movement is also has a horizontal organizational structure and activists can form their own federation in any city. “This makes the FAS more adaptable and allows for new tactics and strategies,” Kovyliaeva explained. “The Hydra has several heads, and if you cut one off, 10 new ones grow back.”

She added that the FAS also stood out compared with other initiatives because of the creative forms of protest. “The feminists address people in a format they can understand, and they address the war and its consequences in a language that large parts of the population can understand.”

Though attitudes toward feminists in Russia had always been very negative, with few people understanding what they stand for, she said that there was some progress. “It is difficult to say to what extent attitudes have changed now, but feminists have found common ground with large segments of the population.”

In Kovyliaeva’s opinion, the FAS has become a tangible political force opposing war, patriarchy, authoritarianism and militarism. “While Putin’s regime has crushed other opposition forces, no one has taken the feminists seriously, including opposition politicians,” the researcher says. But the feminists have gradually built up a network, she said.

The focus is now on information work

Now, however, many feminist activists have left Russia said Vezhevatova  because they already served prison sentences after the anti-war protests in February and wanted to escape the threat of further imprisonment.

The FAS coordinator herself was arrested twice before moving to the Armenian capital in March. But she said that exile allowed activists to continue their work more safely.

Since the number of draft notices has decreased, they have focused on providing information to Russians who face conscription. They urge them not to accept notices and to stay away from recruitment offices. But it’s a difficult situation, Vezhevatova said. “Male gender roles are deeply ingrained, and some mothers even tell their sons they’re cowards and deserters if they don’t go to war.”

She said that though many men and women had a poor view of feminists in society, this was not the issue at the moment: “When people are in need and fleeing death, it is not quite right to remind them of their past behavior. Besides, behind each of the men we take out of Russia are women  mothers, wives, sisters – and children, too.”

This article was originally published in Russian.