BERLIN, Germany — Former Qatari international soccer player and current World Cup ambassador Khalid Salman has called homosexuality a “damage in the mind” in an interview to be aired on German TV on Tuesday, sparking condemnation by Berlin.

The country will accept gay visitors but “they have to accept our rules,” Salman said in the interview with the ZDF broadcaster, filmed in Qatar ahead of the tournament.

Salman also insisted homosexuality was “haram” — something forbidden in Islam — during the interview, which was abruptly cut off after his comments.

Qatar has come under sustained fire over its human rights record ahead of the World Cup, including its treatment of foreign workers and its stance on women’s and LGBTQ rights.

“Of course such comments are awful and that is also the reason why we are working to hopefully improve things in Qatar in the future,” said Faeser, who is also Germany’s minister for sport.

Faeser said last week on a visit to Qatar that she will attend the World Cup after being given a “guarantee of safety” for LGBTQ fans by Qatar’s prime minister.

The German minister said Tuesday that she had “no new indications from him that anything has changed.”

Faeser described her trip to Qatar as “not easy” and said it had been “important for me to hold talks there to see who would do what for the safety of German fans during the World Cup.” 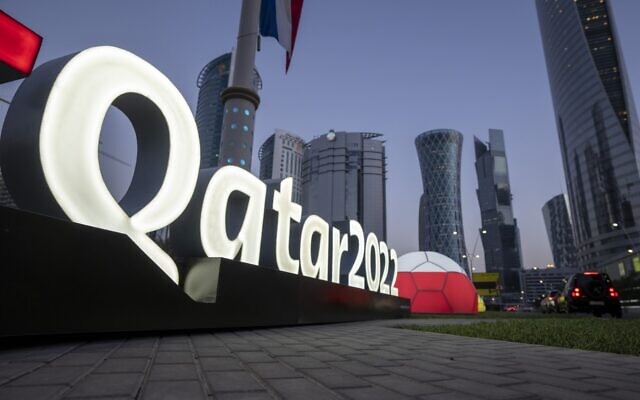 Faeser had previously said Qatar’s hosting of the World Cup was “very tricky” from Berlin’s perspective, prompting Doha to summon the German ambassador.

Homosexuality is illegal in Qatar and captains from a number of leading European countries, including England, France and Germany, will wear armbands in rainbow colors with the message “One Love” in an anti-discrimination campaign.