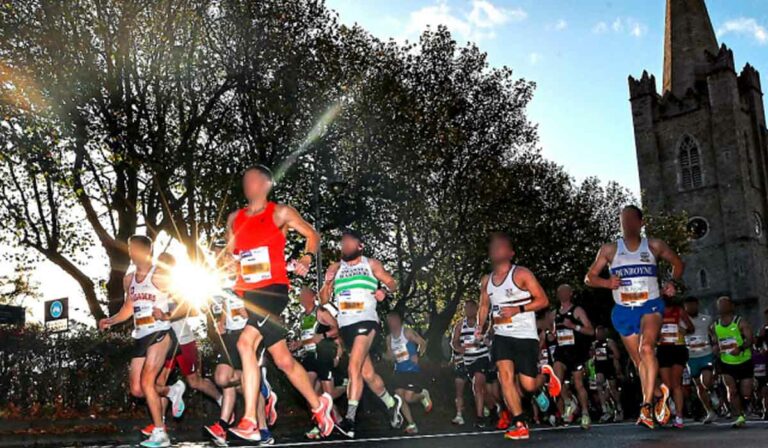 A garda from the anticorruption unit has been banned from competing in the Dublin Marathon for life after he used the Luas to finish the race.

As nearly 25,000 people took part in last month’s sell-out event, one member of An Garda Síochána has been forced to return his medal following an investigation by organisers.

It’s understood that the off-duty officer was taking part in the 42km marathon around Dublin city when he decided to cheat his way over the finish line.

Following the event, the officer received the finishing medal and his overall time was posted on the event’s website. But earlier this week, allegations of wrongdoing came to light, which prompted marathon organisers to carry out enquiries.

They subsequently contacted the garda in question who later admitted to having cheated. A spokesman for Dublin Marathon told the Irish Daily Mail: ‘I can confirm that an investigation has taken place.

‘The individual has apologised and returned their finishing medal and T-shirt.

‘As per the rules and regulations of the Dublin Marathon, this person will have their result removed from the records and will be disqualified from future Dublin Marathon or Dublin Race Series events.’

Garda Headquarters has also confirmed it is making enquiries into the case.

It’s understood that the participant is a member of the Anti-Corruption Unit whose job it is to investigate wrongdoing within the force. His office is based within the Garda National Economic Crime Bureau at Harcourt Square in Dublin 2.

However, it’s not known whether he will face any penalties as the individual was not competing on behalf of An Garda Síochána.

In 2019, the Dublin Marathon faced controversy when it admitted that the overall winner ‘slipped through the net’ after his entry was accepted following a two-year doping suspension.

Morocco’s Othmane El Goumri, who broke the course record with a time of 2:08:06, received a two-year ban from the International Association of Athletics Federations in 2016 for a doping violation. However, he was not stripped of his medal as the IAAF had deemed him eligible to compete as his offence was three years prior.

In the UK, there have been numerous cases where participants had cheated during marathons. In 2011, Rob Sloan, 31, who placed third in the UK Kielder Marathon confessed to taking a bus to the finish line from the 20-mile mark.

He completed 26.2miles in 2:51:00, but suspicions surfaced, including those of the witnesses who reportedly saw Sloan hide behind trees until the first and second-place runners passed him. And in 2014, Jason ScotlandWilliams made the headlines when he ran the second part of the London Marathon three minutes faster than Mo Farah.

It was later claimed he jumped a barrier at Tower Bridge, missing more than ten miles of the race. He denies the allegations.