How to tax the huge carbon emissions of the superrich is moving in the focus of the climate debateImage: Mischa Keemink/PRO SHOTS/picture alliance

What a carbon tax for the superrich could look like

The superrich — sometimes defined as the top 1% of earners — are responsible for a huge share of global carbon emissions. Without targeted schemes, their footprint is likely to increase.

The UK’s top 1% of earners are responsible for the same amount of carbon dioxide emissions in a single year as the bottom 10% emit over more than 20 years, according to a new study from Autonomy, a British think tank.

The results are consistent with other research which show high-wealth individuals as drivers of emissions growth globally. A recent paper by Lucas Chancel, a professor at France’s Sciences Po University, found that the bottom 50% of the world’s population emitted 12% of global emissions in 2019, while the top 10% emitted 48%.

“Contrary to the situation in 1990, 63% of the global inequality in individual emissions is now due to a gap between low and high emitters within countries rather than between countries,” Chancel wrote in his paper published in September.

Tourism represents about 10% of global carbon emissions and transportation 25%. Private aviation is responsible for 4% of aviation emissions. Yachts and superyachts are the most energy-intensive forms of transportation, explains Stefan Gössling, a professor at the Linnaeus University School of Business and Economics in Sweden.

“The difference between rich and poor is limited regarding food, maybe a factor of ten. Travelling and tourism are completely different stories. Someone frequently flying in a private aircraft is emitting ten thousand times more than someone using only a bicycle and public transport,” the expert on sustainable tourism told DW.

Gössling explained that second homes or vacation residences are an issue too. “Superrich people own properties potentially in any corner of the world, with houses sitting there for their owners to come by for a few days or weeks, often reaching them with private flights and boats.”

Italy has the second most superyachts on its coastlines, behind the US. It is lagging behind in the transition to low-carbon private boats. “The transition is slow especially compared to other countries like the Netherlands, where the environmental culture is more developed, also due to incentive and tax policies,” Mauro Moroni, founder of Elettrica Wave, told DW.

Moroni’s new company retrofits boats and yachts with electric or hybrid systems. So far, he’s had some 100 customers. He believes the European Union should impose limits on pollutant emissions while offering incentives to convert and purchase new environmentally friendly boats.

Through tourism and mobility choices, superrich elites could alone drain the vast majority of the global carbon budget experts estimate is needed to limit global warming.

“Oligarchs and very rich people control communication and are tangled with politics, reinforcing the idea that they can limit their footprint. They say they will fly emissions-free in the future, but this is very unlikely,” said Gössling.

He underlined that there could be a positive cycle of public support if politicians taxed the environmental impact of the rich. The new measures would increase the commitment of the rest of the population, which will then have the incentive to make its share.

In a moment of high inflation, additional taxes on the entire population would likely affect political stability, further cementing the importance of taxing the superrich.

How to design a scheme

Several experts have proposed a scheme taxing individuals according to their carbon consumption, which pays out the revenue to all individuals within a defined geography “It is comparable to a form of Universal Basic Income, funded by carbon taxes,” wrote British think tank Autonomy in their new study.

“If a carbon tax had been set at 115 pounds [$135, €131) per ton of carbon and levied in 1998-2018 on the top 1% of emitters — only for their emissions above the UK average footprint — that would have raised 126 billion pounds. This is enough money to triple current solar [photovoltaic] capacity and invest in almost five times the current offshore wind capacity in the UK,” Jack Kellam, lead editor at Autonomy, told DW.

Europe, some American states and China have already introduced so-called cap-and-trade emissions schemes, issuing a fixed number of pollution permits to companies, which can then trade them as a function of their production patterns. These schemes typically cover only some carbon-intensive industries. 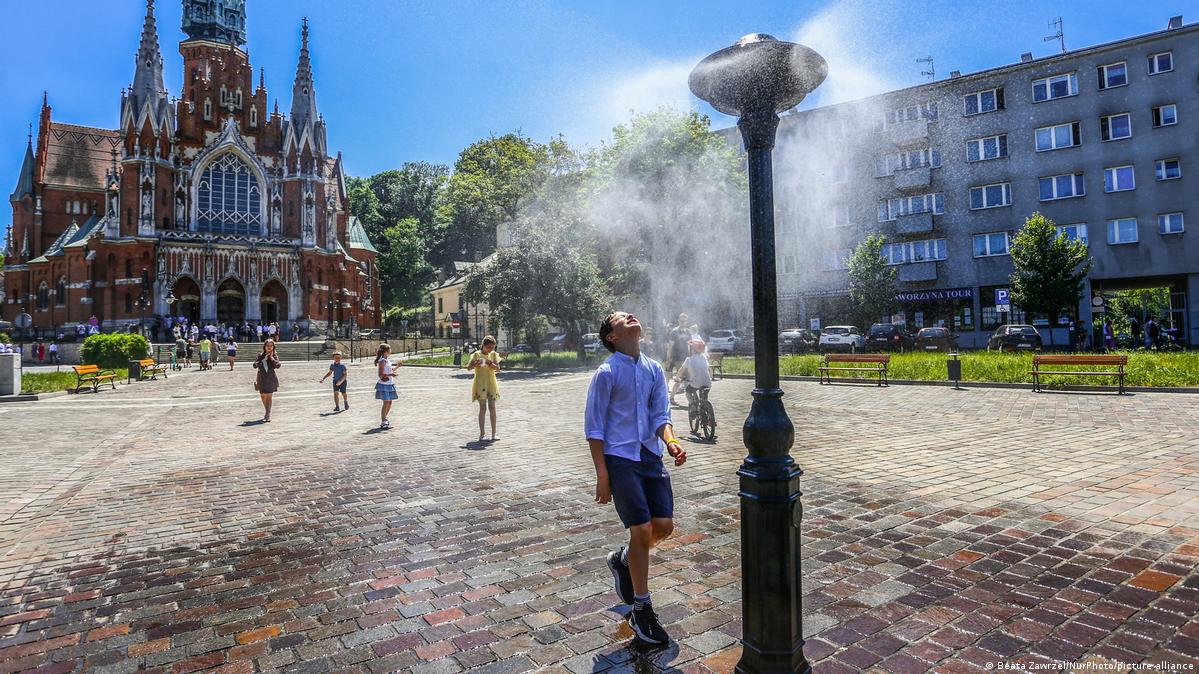 EU carbon permit prices increased over the last 10 years from around €6 to over €70 per metric ton of carbon dioxide, despite a recent drop due to the ongoing geopolitical and economic turmoil.

However, climate economist Gernot Wagner from Columbia Business School says that adding explicit carbon taxes at a time when fossil energy prices are “at near-historic levels seems like overkill.”

Speaking about how to reduce emissions from aviation, he argues for more targeted interventions, like CO2 levies for frequent fliers.

“Everyone gets one round trip a year ‘for free’ — with the full CO2 costs being borne by society — while frequent fliers need to pay a price equivalent to paying $600 or so per ton of CO2, that would allow for the CO2 to be compensated via Sustainable Aviation Fuels,” Wagner told DW.

Experts agree that despite their importance, these discussions about experimental schemes to tax the superrich nationally and globally are marginal in the ongoing COP27 climate conference in Egypt.