In response to an appeal from Donbas? You expect people to believe that Putin wrecked the Russian military and the Russian economy as a favor to Donbas?

Names Are For Kids

“The Russian attitude towards Ukraine is… imperial” says

. “Fighting this war against Ukraine is a way for certain Russians to try to answer the question of who they are. Because unless they’re fighting against Ukraine, they don’t have an answer to that question.”

The flow of Iranian drones to Russia which are used to murder innocent Ukrainian civilians and destroy civilian infrastructure is probably tied to this. Russia Working on Oil, Gas Swap Deals With Iran: Deputy PM – Economy news – Tasnim News Agency

Approximate range for GMLRS launched from HIMARS vic Kherson is the blue circle. I imagine this will start soon, and will degrade/fix Russian defenses and LOC’s north of Crimea. This also shows clearly why ATACMS would have immediate positive effect vs Russian bases in Crimea. 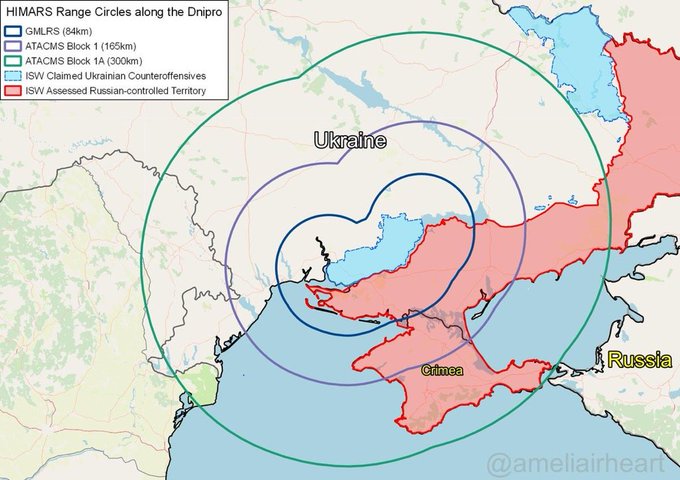 TW! Nuzhin says he switched to fighting for Ukraine in September and was kidnapped from Kyiv in November. He regained consciousness in a basement, he was told that he “would be tried”. After, the video shows his head being smashed with a sledgehammer.

PMC Wagner posts video of execution with sledgehammer of one of its imprisoned fighters. The man…

Telegram channel affiliated with private military company Wagner has posted a video of the execution of its prisoner Yevgeniy Nuzhin. This information has also been confirmed by a source within PMC…

Members of the #Wagner Group kidnapped and executed a recruited prisoner who had been captured by the #Ukrainians and expressed his desire to fight for them against #Putin. Evgeny Nuzhin was executed with a sledgehammer to the head.

Ukrainians are fighting bravely, but they need help. Needed most uniforms sizes L-XL shoes sizes 41-44. To donate via https://hobbyairsoft.ie, use code UKRN@CT10 at checkout. Our volunteers will collect the items and ship them to Ukraine. Thank you

Ukraine’s defence forces have repelled Russian attacks in the vicinity of 13 cities, towns and villages in Luhansk and Donetsk Oblasts. Source: General Staff of the Armed Forces of Ukraine

Ukraine’s defence forces have repelled Russian attacks in the vicinity of 13 cities, towns and villages in Luhansk and Donetsk Oblasts.

Belaruski Hajun, an independent Belarusian military monitoring media outlet has reported that they received photo proof that a Russian MiG-31K interceptor jet, which was flying over Belarus, escorted with a fighter jet, conducted a training flight while carrying a X-47M2

10 MILLON DOLLAR BOUNTY: Yevgeny Prigozhin, head of Russia’s ‘Wagner Group’ is one of a dozen RU citizens and intelligence officers wanted by the State Department for interference in US elections. Prigozhin admitted to election meddling in a 7 NOV interview on Russian television. 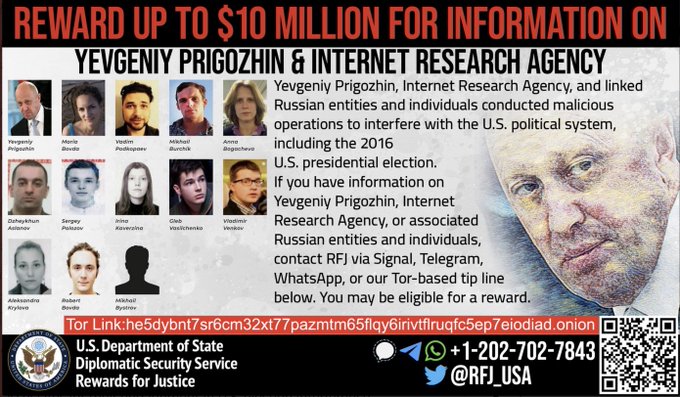 Wagner is led by Yevgeny Prigozhin who himself had spent 10 years in prison for violent crimes. Upon release he launched a catering business and eventually became known as “Putin’s cook”. In this capacity he established a Wagner mercenary group fighting colonial wars for Russia