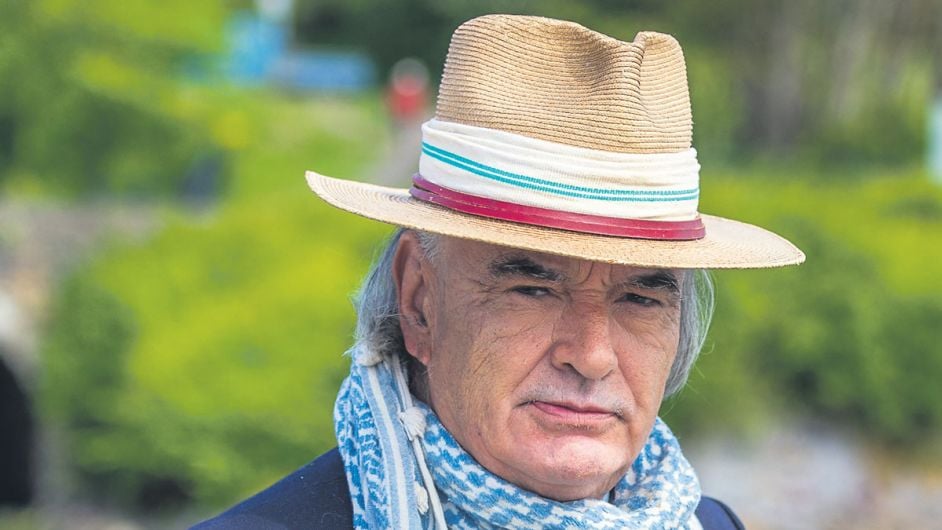 Ian Bailey on his TikTok account asking for €15 for every birthday or other event he mentions.

IAN Bailey has taken to TikTok offering a video ‘shout-out’ to his ‘fans’ across the country – for €15.

‘I’ve gotten a lot of requests especially from younger people who are into TikTok asking me to give a shout-out to their friends,’ Ian Bailey told The Southern Star.

‘I’m getting so many now I’ve decided to charge for them. It’s €15 for a 30 second personalised video. I like doing these and I think I am good at them.’

Mr Bailey said that he has been asked to send video birthday wishes, wedding and anniversary greetings, as well as poetry recitals.

‘I get as much information as I can, then I write a script and record the video,’ Mr Bailey said.

He is also selling t-shirts for €20, sporting his image and the slogan  ‘Is féidir linn’.

‘I’m using this money to fund my series of podcasts which are an opportunity for me to speak about the events of the past in my own words,’ Mr Bailey said.

‘I hope to produce a series of six podcasts.

‘The first episode will be entitled Rebuttals, this is still at the production stage, but I am writing a script and hopefully this will be ready in the New Year.’

Meanwhile, he has yet to hear from gardaí in relation to the re-examination of the case of Frenchwoman Sophie Toscan du Plantier, who was brutally murdered outside Schull in 1996.

Mr Bailey, who was arrested twice and convicted of the murder, in absentia, by a French court, said that he will co-operate fully with the serious crime review team who are carrying out the review of the case.