This is one of the ways to #StopRussiaNOW.

Killed defending liberty & Europe. Mykhailo Podolyak, adviser to Ukrainian President Zelensky has said, between 10,000 and 13,000 Ukrainian troops had died since Russia’s Feb full-scale invasion. Added the number of civilians killed could be “significant.”

Italian Foreign Minister said on Friday that the time had come to work for a just peace for #Ukraine, but it had to come through independence for Kyiv & not its surrender. “The Kremlin must now give concrete signals instead of bombing the population.”

The Wagner group – suspected of committing war crimes in Ukraine – is believed to play a major role in the multi-million euro export of diamonds to Belgium.

brusselstimes.com Russian mercenary group Wagner allegedly exporting diamonds to Belgium The Wagner group – suspected of committing war crimes in Ukraine – is believed to play a major role in the multi-million euro export of
============

Wagner head Yevgeny Prigozhin claimed that the jailed student, Nathan Lemekhandi Nyirenda, agreed to become a mercenary as an act of gratitude for “Russia helping Africans to gain independence.”

themoscowtimes.com Zambian Student Killed in Ukraine Was Wagner Recruit, Prigozhin Says The head of the Kremlin-linked Wagner mercenary group confirmed Tuesday that a Zambian student killed while fighting for the Russian
============

A series of letter bombs and envelopes “soaked in red liquid” have been sent to high-profile targets in Spain and Ukrainian embassies over the past week.

themoscowtimes.com What Do We Know About the Spanish Letter Bombs? Six letter bombs have been sent to high-profile government, military and diplomatic targets in Spain in the past week, prompting authorities

JRL NEWSWATCH: “What is the war in Ukraine teaching Western armies? It shows the importance of dispersal, firepower and stockpiles” – The Economist

russialist.org JRL NEWSWATCH: “What is the war in Ukraine teaching Western armies? It shows the importance of… “… The pivotal role of artillery is a sobering thought for western European armies, whose firepower has dwindled dramatically since the end of the cold war. … Ukraine’s arsenal wa… ===========

In his nightly address to Ukrainians, President Zelensky announced a raft of measures designed to stamp out Russian influence on the spiritual lives of Ukrainians.

During his nightly address, Ukrainian President Volodymyr Zelensky announced that the National Security and Defense Council of Ukraine

: “This war is so important for us because we believe that Ukraine will win this war and will stop Russia’s plans to spread its barbaric system to Europe”.

The Pentagon has signed a contract on USD 430 million with Lockheed Martin to produce additional HIMARS systems. The rocket artillery systems will be produced both for the U.S. military and for U.S. allies abroad. Poland alone has ordered 220 HIMARS systems.

Giorgia Meloni’s new government has adopted a decree on the continuation of the weapons supply to Ukraine. It will make it possible to continue sending weapons to Ukraine until December 31st 2023.

In this intercepted call, Russian soldier explains how Vladimir governor returned mobilised men from the frontline after their wives started a riot. He also tells about cases of Russians randomly shooting each other in their backs.

Vladimir Putin’s Ukrainian Genocide: Nobody can claim they did not know – Atlantic Council

atlanticcouncil.org Vladimir Putin’s Ukrainian Genocide: Nobody can claim they did not know The overwhelming evidence of Russian war crimes in Ukraine together with the openly genocidal intent on display in Moscow mean nobody

The fight against Vladimir Putin  continues! The Anti-War Conference, led by Garry Kasparov, was a huge success: Uniting Russian people, against Putin, is the only way to achieve change in Moscow. Working with such really good guys gives me optimism for a Putin-free future.

together with Ukrainian singers from

. It is a call for unity and encouragement, a song for hope. It’s for all those who lost or are missing loved ones in this terrible war.

Vladimir Solovyov has attacked Pope Francis after he said that Chechen and Buryat soldiers were “perhaps the cruellest” of the Russian soldiers fighting in Ukraine “Catholicism brings death!” he cries from the comforts of his Moscow studio 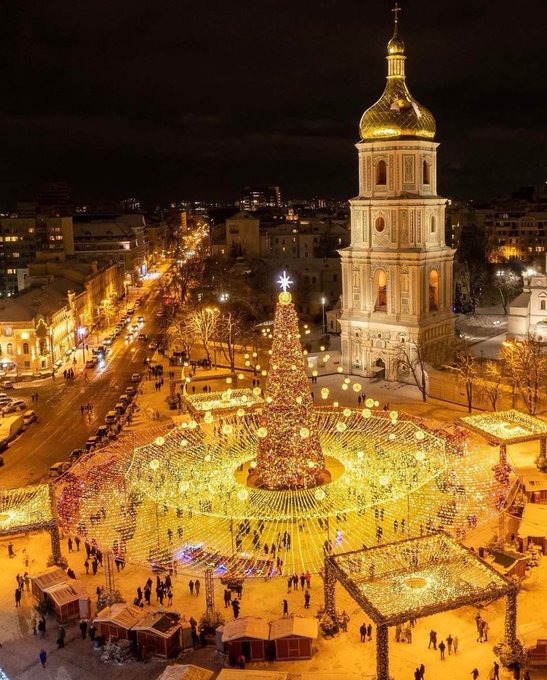 I wish everyone could visit Ukraine for even a day. A country larger than France, a population nearly that of Spain, being invaded, terrorized, and bombarded into darkness. It’s impossible to grasp that the world is allowing Russia to do this.

“If you need an illustration of how everyday life in Ukraine differs from the rest of Europe, consider the elevators.” @olgatokariuk

Your anti-dictator stance is as controversial as it is brave. From whence cometh your ?

“Give Ukraine everything it needs to win now. ATACMs, armed drones, F-16s. Why drag it out when Putin is escalating all the time, slaughtering civilians? You cannot escalate in self-defense.” A superb thread on #Ukraine from

I would say Merkel is trying to rewrite history, but really it’s that she refuses to apologize or admit error for years of empowering Putin, up to and including this war. 1/7

This long Merkel portrait is worth your time and says a lot about the legacy she will be remembered for. Here are some interesting, concerning, and surprising points 🧵👇(1/14) https://t.co/nDB0c3qtDI

⁩’s #GrainFromUkraine program, this is what Russia does. Those involved must be sanctioned.

kyivindependent.com Moscow Patriarchate church’s troubling links with the Kremlin Ukraine has two main orthodox churches, and the one run by Moscow is having a hard time. Starting from Nov. 23, Ukraine’s law enforcement has raided several premises of the Ukrainian Orthodox

President Zelensky: In 1991: People confirmed the Act of Proclamation of Independence of #Ukraine – freely and legally. It was a real referendum, not some kind of imitation. It was an honest referendum, and that is why it was recognized by the world.