VIDEO: Pope Francis breaks down in tears over war in Ukraine

bbc.com Pope breaks down in tears over Ukraine Pope Francis stops mid-prayer as he starts crying while talking about the suffering of Ukrainians.

The West is deliberately multiplying chaos and exacerbating the situation in the world, stated #Putin.

If you want to support independent journalism in Russia and help combat state propaganda, follow this link to donate:

UKRAINIAN MRE  Does it look better than what the Russians got? As always if you want them to have more delicious home cooked meals donate here: https://paypal.me/FrontLineKitchen because don’t our troops deserve better?  #UkraineWillWin #Trenches #NAFO

Another bad day for Putin. Oil down 3% and approaching the 60’s. HIMARs and oil are the two things that give the little murderer nightmares 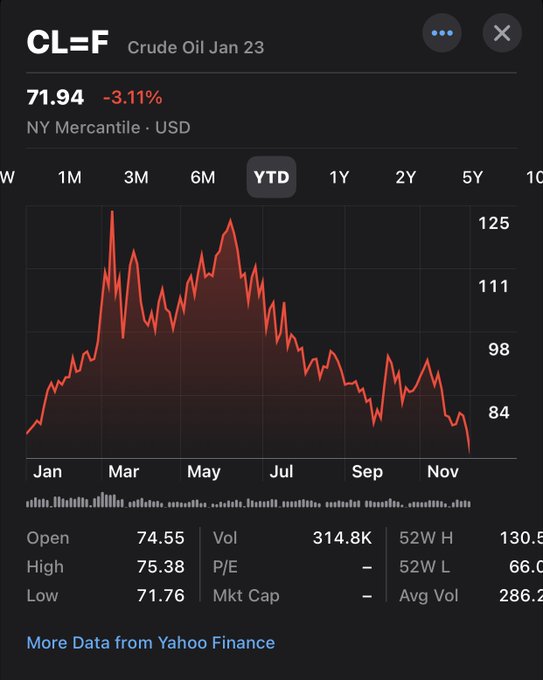 The Russian Federal Security Service (FSB) has reported that 2 residents of Crimea’s Sevastopol have been arrested in a high treason case that involves alleged handover of military facility information to Kyiv, Interfax reports.

BREAKING: Reports say that the ongoing EU summit has resulted in gridlock with Austria vetoing Romania’s and Bulgaria’s planned accession to the Schengen Agreement in 2023. In return, Germany and Lux are threatening to block Croatia’s access if vetos against  aren’t lifted.

Russian state TV host Olesya Loseva says US basketball player Brittney Griner is welcome to come back to Russia “Our prisons are open to all American perverts and criminals! The medical treatment is free”

Today marks the International Day of Commemoration and Dignity of the Victims of the Crime of Genocide and of the Prevention of this Crime. A day to remind the world once again: russia is committing act of genocide against the sovereign nation of Ukraine.

European Parliament can recognize the Holodomor, man-made famine, as genocide of the Ukrainian people. The MEPs will consider the corresponding resolution on December 15 #StandWithUkraine

Relentless  attacks on Ukraine’s energy infrastructure have prompted worsening blackouts. Ukrainians are experiencing discomfort in various spheres of life. But will these inconveniences force us to make concessions with Russia? Our answer is no. #StopRussia #RussianWarCrimes

Some media are using narrative about “satanists and “Ukrainian sects”. It is linked to the strategy of dehumanization of Ukrainians and legitimizing words about”de-satanization” of Ukraine #RussiaisATerroistState