US has huge lithium reserves, but concerns mount over mining

There’s a reason lithium has been given the nickname “white gold.” While the white-colored mineral is geologically abundant, its production is limited. The countries and companies that control the production of lithium, which is a critical component of electric vehicle (EV) batteries, will reap the riches of a decarbonized future.

Global and domestic demand for lithium is only expected to increase as electric vehicles gradually displace those with fossil-fuel engines. Fortunately for US mining companies, the country’s land is filled with the white metal.

Yet the US is home to only one active lithium mine in the state of Nevada, manufacturing just 1% of global lithium production. Through legislation and executive authority, US President Joe Biden is courting domestic production of lithium to shift the country’s reliance away from foreign nations, most notably China.

While EV and mining companies have welcomed Biden’s efforts, not everyone is enthused. Lithium extraction can be an ecologically and culturally destructive process, and opposition by affected local communities to any type of mining appears to be growing in the US.

“The green energy transition is not green,” Gary McKinney, a Shoshone-Paiute tribal member organizing against the construction of a lithium mine in Thacker Pass, Nevada, told DW. “It’s not green if it takes away all that life.”

Lithium is often incorrectly labeled as “scarce.” Indeed, the metal is abundant geologically across the planet, but its production is concentrated in a few countries.

Global lithium production is led by Australia, Chile, China and Argentina, which collectively produce over 95% of the mineral. However, the US is home to what are believed to be the world’s largest lithium deposits after those in the so-called Lithium Triangle region in South America. The states of Nevada, North Carolina, and California together host an estimated 4% of the world’s lithium reserves.

“The US used to be the top lithium producer, but it lost that status right around when lithium began to be more important, first with personal electronics,” Thea Riofrancos, an associate professor of political science at Providence College whose research focuses on resource extraction and renewable energy, told DW.

Lithium production moved overseas beginning in the 1970s, and now there is only one active mine left in the country, in Clayton Valley near Silver Peak, Nevada. The site is operated by mining giant Albemarle, which also runs a mine in Chile’s Salar de Atacama and is a large stakeholder in the world’s largest hard-rock lithium mine in Australia. 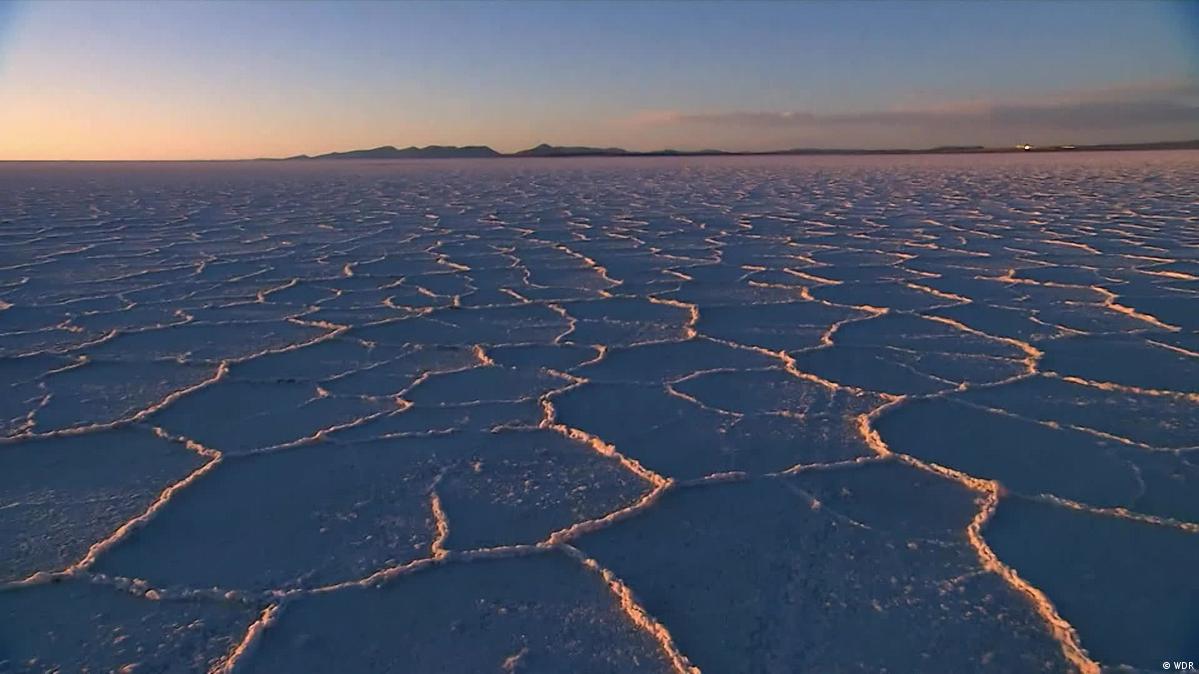 Lithium supply is already not meeting demand. Markets were concerned to see the price of lithium-ion batteries increase this year after more than a decade of declines.

As the race to manufacture EVs heats up, demand for lithium is only expected to skyrocket. Benchmark Mineral Intelligence estimates that annual demand for the white metal will reach 2.4 million tons by 2030. That’s four times higher than this year’s production forecasts.

With the nation expecting half of all cars sold to be electric by 2030, the US government has been seeking to cut the country’s reliance on Chinese-made lithium batteries and parts.

Donald Trump’s administration made a concerted push to deregulate the mining industry in a bid to fast-track domestic projects. In April, looking to support the domestic EV industry, Biden invoked the Cold War-era Defense Production Act to allow the federal government to support the production of critical minerals and metals like lithium, cobalt, and nickel.

The recently passed Inflation Reduction Act (IRA) doubled down on incentives for EV and mining industries to reduce imports and create a homegrown EV industry. The legislation includes $370 billion (€351.6 billion) in tax credits for renewable energy initiatives like domestic battery and EV production.

This comes after the Department of Energy pledged $3 billion to support the domestic EV supply chain earlier this year, following the passage of the Bipartisan Infrastructure Law.

“We can safely say there will be more mining than currently exists in the next 5–10 years,” said Riofrancos. “Will it be enough to satisfy demand? No. The US will not be self-sufficient in lithium production, and the Biden administration and language of the IRA even admit that.”

The IRA, for example, provides incentives for “friendshoring.” That means manufacturers may also receive tax credits if 40% of the critical minerals in their EV batteries come from “any country with which the United States has a free trade agreement in effect,” which would include Mexico and Canada.

Dozens of lithium mining projects, at various stages of permitting and financing, have been announced before and after this year’s litany of legislative incentives.

But opposition from local communities is mounting against many of these projects. In the US, much like abroad, local communities spurn the failure of mining companies to include them in their decision-making, and they fear the social and environmental impacts of mining.

An intense fight is underway in Thacker Pass, Nevada, for example, where the indigenous peoples of the North Paiute and Western Shoshone are protesting against Lithium America’s proposed mine. McKinney, a key leader of the People of Red Mountain (PRM), one indigenous group opposing the mine, explained that the project would tear apart their ancestral lands, which includes the site of a US army massacre of Paiute people in 1865.

McKinney noted that the mines would also harm life itself, taking away the means for ranchers’ livelihoods, destroying biodiversity, and potentially contaminating the water and air of surrounding communities. “The cancer rates, the sicknesses, the birth defects are what we’re concerned about,” he added.

Construction is currently halted at Thacker Pass, thanks to the organized resistance by PRM and other indigenous, environmental and rancher groups, as a federal court examines their concerns, as well as the failure by the company to seek prior consultation and consent of the Shoshone-Paiute peoples.

Are there alternatives to lithium batteries?

Riofrancos said that we should expect to see more struggles over mines like the one at Thacker Pass, led by indigenous groups in particular. Indeed, 79% of lithium reserves are within 35 miles of tribal lands in the US.

Mines are often pitched to local communities as job creators, but Riofrancos explained that mines are often more capital-intensive than labor-intensive, meaning they do not create many jobs for local economies, which are often underdeveloped in the first place.

While Riofrancos emphasizes that it’s important to address lithium’s upstream supply chain issues, she also argues that holistic solutions to mining’s impacts would include a reduction in demand.

The transition to renewable energy is critical to mitigating the climate crisis, but Riofrancos asks, “Is there a different way to decarbonize transportation, which is urgent, that involves less lithium overall?”

“It is logical to pursue transportation that is less completely dominated by individual vehicles,” she explained, “and more by mass transit, walking, cycling and maybe other policy changes too. That’s one way to think about it.”