Egypt has formally announced it discovered a large reserve of natural gas in one of its eastern Mediterranean Sea offshore blocks.

The Nargis block is one of four offshore sites in which US energy giant Chevron has operating rights.

In recent years, the government of President Abdel Fattah el-Sissi rehabilitated and modernized the facilities. In 2018, Egypt signed a $15 billion deal with Israeli company Delek Drilling and its US partner, Noble Energy, to transport natural gas there. 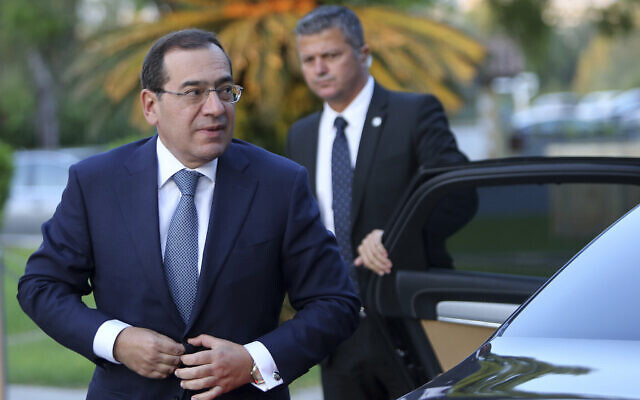 Egypt is aiming to position itself as an energy hub and the new Nargis find is expected to contribute to those efforts.

Chevron is also one of the partners in Israel’s Tamar natural gas reservoir, located some 90 kilometers (55 miles) west of Haifa.

Last week, the operating partners announced they had okayed a final investment decision (FID) needed to proceed with the first phase of expanding natural gas production from the Tamar field to meet growing domestic demand and boost exports to Egypt.

Chevron provided details of a two-stage plan aimed at expanding production to about 1.6 billion cubic feet (BCF) of natural gas from the Tamar field to meet Israel’s energy needs and export gas to Egypt and neighboring countries.

In June, Israel, Egypt and the European Union signed a memorandum of understanding that will see Israel export its natural gas to the bloc for the first time.

The landmark agreement will increase liquified natural gas sales to EU countries, which are aiming to reduce dependence on supply from Russia in the wake of its invasion of Ukraine.

The agreement will see Israel send gas via Egypt, which has facilities to liquefy it for export via sea.

Agencies contributed to this report.