By handing the World Cup to Qatar to instrumentalize for geopolitical gain, FIFA sold football out. But Lionel Messi and Argentina showed that the beautiful game will always win, writes DW’s Matt Ford.

Even in the crowning moment of Lionel Messi’s greatest personal triumph, Gianni Infantino and Sheikh Tamim bin Hamad Al Thani couldn’t resist making it about them.

Ultimately, of course, Infantino and FIFA will look back on the 2022 World Cup in Qatar as a job well-done. It was never going to be otherwise. But that doesn’t mean they won.

A win for FIFA and Qatar …

When the world football’s governing body conspired to award the tournament to Qatar back in 2010, it did so safe in the knowledge that, from a logistical point of view, modern global mega-events are best hosted by autocracies:

No democratically elected parliament to scrutinize splashing over $220 billion dollars on infrastructure, no interfering free press to investigate the unexplained deaths of hundreds, perhaps thousands, of exploited migrant workers and no pesky human rights activists to stand up for women’s rights or those of the LGBT community.

Rather a chance for the populist Infantino to stick two fingers up at the traditional European powerhouses of UEFA and curry favor with the dozens of smaller national football associations in his bid for reelection, under the mantle of providing football for all.

As for Qatar, it was less a successful exercise in sportswashing, but rather in geopolitical diplomacy and national security. Before its ventures into global sports, Qatar was a tiny, oil-rich but defenseless state, just as vulnerable to blockade (or worse) from more powerful neighbors as Kuwait was in the early 1990s.

But now, Qatar is well and truly on the map, an indispensable international partner in politics, economics, sports and leisure. Everybody wins – but not football, the sport which made it all possible, the people’s game taken from those to whom it means most, abused and instrumentalized for the benefit of a tiny elite. 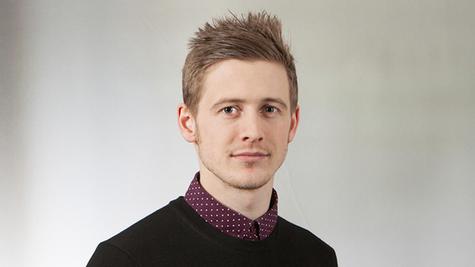 … but football will never truly be theirs

And yet, even at the end of a tournament which took the hyper-capitalization of football to greater levels of obscenity than ever before, a pulsating World Cup final reminded us that it will never really be theirs.

On the pitch, we were reminded that football belongs to the immeasurable talents of Lionel Messi and Kylian Mbappé, representing different footballing generations but contributing equally to a final which will surely go down as the greatest of all time.

On the touchline, we were reminded that football belongs to head coaches such as Didier Deschamps, whose double first-half substitution appeared brutal on Olivier Giroud and Ousmane Dembélé, who were withdrawn, but inspired when Kolo Muani and Marcus Thuram helped Mbappé drag France back into the tie.

In the stands, despite FIFA’s attempts to turn the World Cup into a grotesque commercial event with extortionate ticket prices, countdowns to kickoff, light shows and deafening pop music for a global upper class, the hoards of traveling Argentinians with their iconic club jerseys, handmade banners and wonderful melodic chants reminded us what authentic football fan culture really looks like.

And in Buenos Aires, the scenes of joy as fans spilled into the streets to celebrate reminded us of the importance of football in national identity – and indeed in other forms of identity, as Morocco demonstrated on the other side of the draw.

Football for the Muslim world – thanks to Morocco, not Qatar

Indeed, the Atlas Lions deserve a special mention, becoming the first African team and the first team from the Arab world to reach the semifinals of the World Cup – held in a Muslim country for the first time.

One thing that Infantino and his cabal are right about is that the Islamic world deserved a World Cup, an issue which is so important to FIFA that Morocco, a nation of genuine footballing passion and a vibrant fan culture, has had bids to host the World Cup rejected on five occasions.

It was therefore refreshing and affirming to see Moroccan players and supporters celebrating their route to an historic fourth-place finish with Islamic prayers and chants, a reminder that football belongs to them as well – just not as a veil to mask a geopolitical scam in Qatar.

The images of Lionel Messi finally lifting the World Cup into the desert sky, the iconic blue and white stripes of his Argentina shirt obscured by the Emir’s black bisht, and Infantino no doubt lurking in the background of some shots, will remain forever to remind us just how badly football has been abused.

But those images will also remind us of the footballing brilliance which preceded them, and that this beautiful game of ours will never die.