Moscow has faced a series of humiliating setbacks on the ground in Ukraine; Russian defense minister Sergei Shoigu proposes increasing personnel in Ukraine to 1.5 million soldiers

Russian President Vladimir Putin attends the launch ceremony of the Kovykta gas field and part of the Power of Siberia gas pipeline from Kovykta to Chayanda via video link at the Kremlin in Moscow, on December 21, 2022. (Mikhail Kireyev / Sputnik / AFP)

MOSCOW — Russian President Vladimir Putin said Wednesday that Russia will continue developing its military potential and the combat readiness of nuclear forces against the backdrop of Moscow’s offensive in Western-backed Ukraine.

“The armed forces and combat capabilities of our armed forces are increasing constantly and every day. And this process, of course, we will build up on,” Putin said during a televised meeting with his country’s high-ranking officers.

He added that Russia will also “improve the combat readiness of our nuclear triad.”

The Russian leader highlighted the new Zircon hypersonic cruise missile, which Russian troops will be able to use beginning January.

“In early January, the Admiral Gorshkov frigate will be equipped with the new Zircon hypersonic missile, which has no equivalent in the world,” Putin said.

Nearly 10 months into the fighting, Russia has faced a series of humiliating setbacks on the ground in Ukraine. 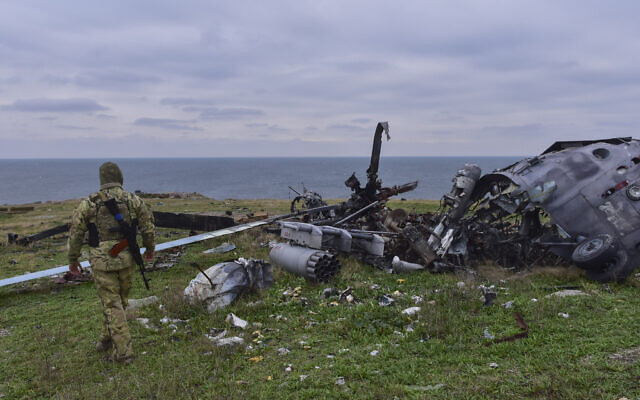 The Russian defense minister Sergei Shoigu said Wednesday that Russian servicemen in Ukraine are fighting “the combined forces of the West” there.

Shoigu also said that Moscow plans to use two Ukrainian port cities on the Sea of Azov that its troop seized during the offensive.

“The ports in Berdyansk and Mariupol are fully functioning. We plan to deploy there bases for support vessels, emergency rescue services and ship repair units of the navy,” Shoigu added. 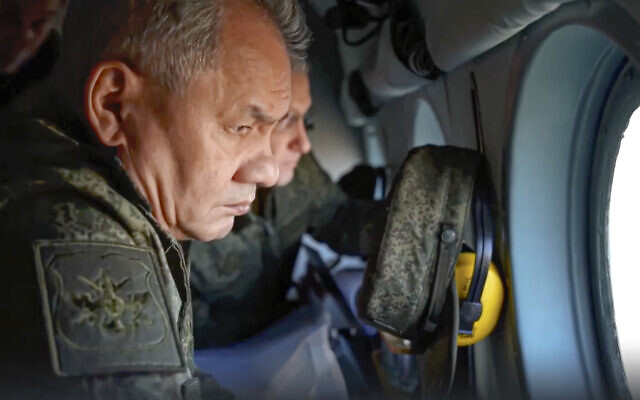 He also proposed increasing the number of combat personnel in Russia’s army, embroiled in a Ukraine offensive, to 1.5 million troops as well as increasing the age limit for military service.

“It is necessary to increase the number of armed troops to 1.5 million servicemen, including 695,000 contract soldiers,” Shoigu told Putin, who “agreed” with the proposals, at a defense meeting.