War:  Quotation from WW1, what can we learn, we know the military industrial complex and nuclear capacity stretches way beyond what is acceptable and leaves the world in a state of mass uncertainty now.

― Smedley D. Butler, War is a Racket This is World War 1 time; time of the Versaille Treaty that sunk Germany into the gutter

“I spent 33 years and four months in active military service and during that period I spent most of my time as a high class muscle man for Big Business, for Wall Street and the bankers. In short, I was a racketeer, a gangster for capitalism. I helped make Mexico and especially Tampico safe for American oil interests in 1914. I helped make Haiti and Cuba a decent place for the National City Bank boys to collect revenues in. I helped in the raping of half a dozen Central American republics for the benefit of Wall Street. I helped purify Nicaragua for the International Banking House of Brown Brothers in 1902-1912. I brought light to the Dominican Republic for the American sugar interests in 1916. I helped make Honduras right for the American fruit companies in 1903. In China in 1927 I helped see to it that Standard Oil went on its way unmolested. Looking back on it, I might have given Al Capone a few hints. The best he could do was to operate his racket in three districts. I operated on three continents.”
― Smedley D. Butler, War is a Racket

«What do you want for Christmas? I want a generator»- this is the dream of 8-year-old Gleb, who together with parents, sister and brother, are hiding in the basement in Bakhmut. Kids don’t leave the basement for two days or more, they also study there.  : Andriy Dubchak

It costs an average of 25,000 rubles ($350) to buy sufficient firewood for the winter, according to NGO estimates, the equivalent of an average monthly wage in rural Russia.

themoscowtimes.com Rural Russians Face Hardship as Prices for Firewood Spike While Russian state propaganda has for weeks been portraying Europeans freezing in their own homes as a result of the EU’s collective
===========

Russian fighter Topaz, who is part of the nazi Rusich unit, complains about mobilisation and shell hunger, in a telegram post. He says the mobilised are sabotaging missions by faking radio interactions while sitting in comfy dugouts. The translation is below:

What a great New Years card by Masha Trotzky

As a New Years gift to the Ukrainian people, countries holding Russian Central Bank reserves should pledge to transfer these funds — $360+ billion — to Ukraine. Easy day.

transferred to remote prison right before his mother’s planned visit. Prominent politician has been transferred to a detention facility almost 800 miles from Moscow even though his sentence must still be approved by an upper court.

UK’s Labour Party calls for Magnitsky sanctions on Iranian individuals and organizations over ‘repression’ of Amini protests. I agree. We can’t let these murders go unpunished

I applaud President Tsai @iingwen’s decision to extend the conscription to 1 year. I’m thrilled to learn that under the new plan conscripts will be trained on how to use advanced asymmetric weapons, such as man-portable missiles and UAVs.

The fourth person to receive prison time under Russia’s ban on “fakes” about the army: 61-year-old amateur radio enthusiast, Vladimir Rumyantsev. He broadcast anti-war material for several hundred feet around his apartment.

meduza.io ‘Politically unreliable’ 61-year-old amateur radio enthusiast is sentenced to three years in prison… Vladimir Rumyantsev, a 61-year-old boiler worker and an amateur radio operator in Vologda, set up a home broadcast station so that he could listen to content remotely while he took walks near his…
================

“Can you be prepared for that? No, father Artem says. Even military psychologists were shocked by the horrors they saw” – interview with military chaplain Artem Hryshyn from Zhytomyr Oblast

Father Stepan Sus, a military chaplain well-known in Lviv and a moral mentor and authority for many people, especially young people, was once asked: | Uacrisis.org

Ukrainian paramedic comforting a woman who has lost her sister during Russian shelling of downtown Kherson The photo was taken on December 24, when Russian indiscriminate shelling of the populated area in Kherson (southern Ukraine) killed 11 people.

Russia’s FSB has reported killing two men near Nalchik who were preparing a terrorist attack in Chegem “by order of Ukraine’s secret services”.

Russian missiles, set on destroying the Ukrainian energy infrastructure while “ricocheting” to the Moldova energy system, added fuel to the fire of ongoing crisis. Daria Kozlova visited Chișinău to learn what new consequences the country is dealing with.

Russia has turned off the lights

Russia’s UN membership has never been granted. Russia’s seat at the UN Security Council is illegitimate. Russia has violated the international law multiple times and showed complete disregard to the principles of the UN. #unrussiaUN

Kremlin spokesman Dmitry Peskov has stated today that peace is only possible if Ukraine cedes five occupied regions representing 20% of the entire country to Russia. Does anyone still seriously believe it is possible to negotiate with Putin?

Ukrainian fighter pilot says F-16 planes will unveil our potential, NATO has much to learn from us

pravda.com.ua Ukraine’s fighter pilot Karaya: F-16 planes to unveil our potential, NATO to have much to learn… Ukrainian military pilots perform tasks that are not even technically provided for by their aircraft, and operate using modern tactics;
==============

arrived on a visit to Kyiv – he went to the “Wall of Heroes” to lay a wreath on behalf of France. The Minister will hold a working meeting with the Ministry of

and the Ukrainian military regarding military support

Hello World. Merry Christmas. We are

is our commander As a Christmas present  , please retweet this post and follow us if not already. We would be happy to see 150k in our pack  #wolves150K 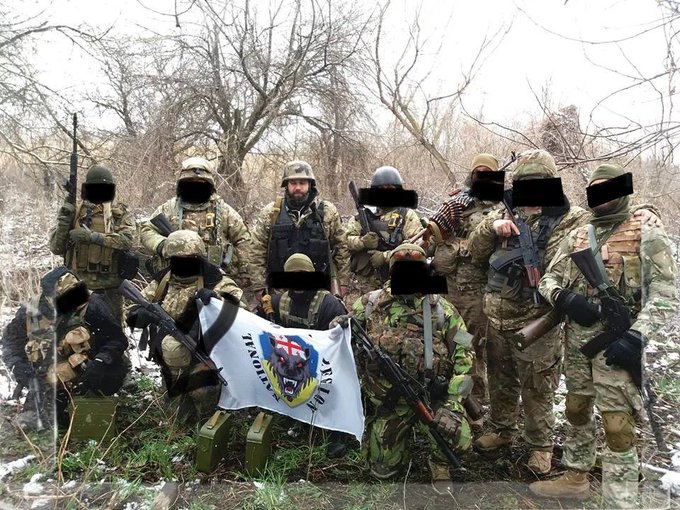 The Ukrainian army carried out the world’s first naval drone operation and attacked valuable, large Russian warships. After this war, the armies of the world will look closely at all sorts of unmanned platforms, like unmanned aviation and ground robotic complexes. 8/10

is eradicating occupiers. They are not welcomed here on our land.

Satellite images have recorded how Russian forces are entrenching themselves in the south of Crimea. This picture was shared by Swiss OSINT analyst Benjamin Pitte.

The Russians took over 13 000 Ukrainian children from the territories of Ukraine they occupied.

The Minister of Digital Transformation informed that Ukraine is currently developing “air-to-air” drones. They will fight Iranʼs “Shahed” kamikaze drones.

In Ukraine, the shortage of electricity increased due to the shutdown of several units of power plants. The Russians fired at the gas infrastructure there.

“Ukrenergo”: In Ukraine, the shortage of electricity has increased due to the shelling of the gas…

In Ukraine, the shortage of electricity increased due to the shutdown of several units of power plants. The Russians fired at the gas