“We must never cease to proclaim in fearless tones the great principles of freedom and the rights of man which are the joint inheritance of the English-speaking world and which through Magna Carta, the Bill of Rights, the Habeas Corpus, trial by jury, and the English common law find their most famous expression in the American Declaration of Independence.”  Winston Churchill

A week before Putin killed Litvinenko, in , with Polonium-210, in 2006, he said: “Now, while the world is chasing bin Laden, a more dangerous bloodbath is happening within the walls of the Kremlin. If not stopped, Putin will start a war in which millions of people will die.”

Commander-in-Chief of the Armed Forces of Ukraine

In the morning of December 29, Russia launched at least 120 missiles towards Ukraine.

Russia fired 120 missiles towards Ukraine. 90% of Lviv is currently without electricity

Russia fired 120 rockets over Ukraine, leaving most of Lviv without electricity

@ZelenskyyUa“Since February 24, our team has managed to free 1,456 people from #Russian captivity. This is significant”. It’s our top priority to bring all people home, including political prisoners. #StandWithUkraine

It’s unlikely that Russia will be removed from the UN Security Council in the near future, as most countries are unwilling to back a Ukrainian initiative questioning the legacy of Russian’s UN membership.

english.nv.ua Little support for Ukrainian initiative to oust Russia from UN Security Council, says Estonian… It’s unlikely that Russia will be removed from the UN Security Council in the near future, as most countries are unwilling to back a Ukrainian
======== =====

This makes it a total of 55 emergency vehicles delivered to #Ukraine since February. 5 semitrailers with first aid & rescue equipment, including 135+ power generators. Many more to go! Please, help us spread the word and donate if you can  #OSINT #NAFO 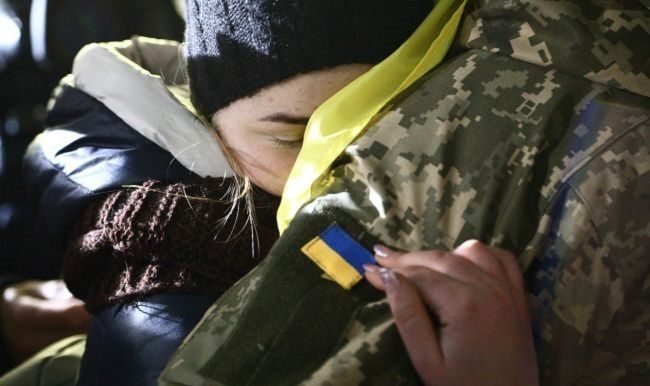 A Ukrainian S-300 missile has hit the territory of Belarus, as per BelTa, a pro-government Belarusian outlet.

Latvia’s Citizenship and Migration Affairs Board has decided not to revoke work permit visas for employees of TV Rain, a Russian independent TV channel that recently lost its broadcasting licence in the country.

Latvia not to revoke visas for TV Rain employees

Latvia’s Citizenship and Migration Affairs Board has decided not to revoke work permit visas for employees of TV Rain, a Russian independent TV channel that recently lost its broadcasting licence in…

#OpEd If the Kremlin doesn’t change its approach to foreign policy then Russia’s influence in Central Asia will wither away, writes

themoscowtimes.com Russia and Central Asia: Never Closer or Drifting Apart? Opinion | Just one year ago, Russia’s positions in Central Asia were so solid that even China’s growing presence in the region was not a threat.

Pretending to be ‘neutral’ equals taking Russia’s side.

Senseless barbarism. These are the only words that come to mind seeing Russia launch another missile barrage at peaceful Ukrainian cities ahead of New Year. There can be no ‘neutrality’ in the face of such mass war crimes. Pretending to be ‘neutral’ equals taking Russia’s side.

The Finnish MPs Anders Adlerkreuz and Atte Harjanne are calling on PM Sanna Marin to send some of Finland Leopard A24 tanks to Ukraine. They say it would help to dismantle to claim by other certain other NATO allies who claim that modern, Western tanks shouldn’t be sent.

Vladimir Putin is a “thug”, says Mikhail Khodorkovsky, a former oil mogul and political prisoner. The West must face the Kremlin down now or prepare for something worse, he warned earlier this year in a guest essay for The Economist

Today my great grandmother, Lily Ebert, an Auschwitz survivor, turns 99! “I never thought I would survive Auschwitz and have another birthday. At 99, I celebrate to show that the Nazis did not win!” All #HappyBirthdayLily wishes and comments will be passed on to Lily.

Solovyov and his panellists really sound more and more like members of a cult He claims the mothers of Russian soldiers killed in Ukraine want to “take their place” while amputees are just desperate to get back to the battlefield And people in the West “just can’t grasp this!”

Ukrainian soldiers love their children very much and will give everything for them to have a happy future. Let’s make sure that as many children as possible are reunited with their parents after the war.  by

Booby traps in dead soldiers and mass graves, soft toys and children’s backpacks, in schools, hospitals and apartments…This is a partial list of russia’s violations of Protocol ІІ to the Convention on Certain Conventional Weapons in  #tribunal4russia

WHAT IS TDF THREAD 1/7 The Territorial Defense Forces is the youngest and one of the largest branches of the Armed Forces of Ukraine. It consists of highly motivated and dedicated Ukrainian citizens who volunteered to serve their country.

I am a warrior of the Territorial Defense Forces. I am the force that protects Ukraine. I build my family, community, and state. I destroy every one who comes for the blood of my people.

Winter training of recruits of the Kalinouski Regiment. “The desire to win is born in most of us. The will to win is a matter of training. The manner of winning is a matter of honour.” — Margaret Thatcher.

2023 will begin with Putin hoping for something to turn up: momentum to shift on the battlefield, Chinese military aid, the splintering of European unity or the prospect of a re-elected Donald Trump abandoning Ukraine

economist.com Ukraine has a fighting chance in 2023 Nobody can say when Russia’s invasion of Ukraine will end—or how. But expect lots of talk about scenarios for peace in the coming year

“Angel” is a Chechen volunteer currently fighting for Ukraine. After the Second Chechen War started in 1999, he fled to Ukraine with his family, where he’s lived ever since. “Angel” and his son joined the Ukrainian military and have been fighting on the front lines.

A special international tribunal now taking shape in The Hague could indict President Putin for the crime of aggression.