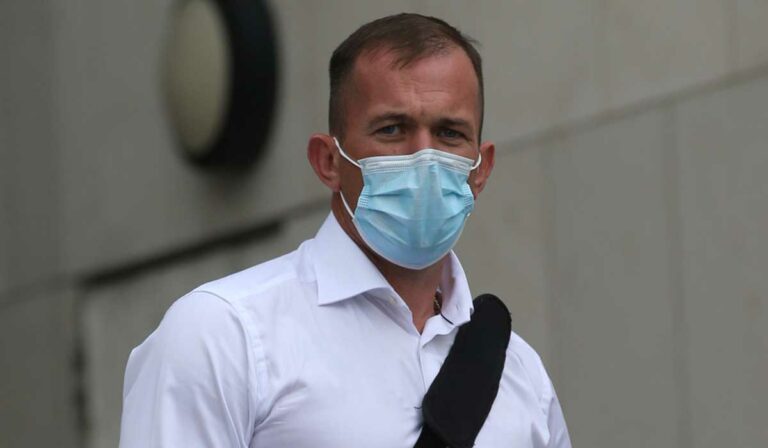 Graham ‘The Wig’ Whelan has lost an appeal against a High Court ruling that €75,000 held in his bank account was the proceeds of crime.

The senior Kinahan gang member was released from Mountjoy Prison just before Christmas, after serving 14 months of an 18-month sentence for money laundering offences.

He had been sentenced after he admitted using the proceeds of crime to pay for three nights in the Penthouse Suite at the Intercontinental Hotel in Ballsbridge in January 2019.

Judge Nuala Butler, of the Court of Appeal, said Whelan had tried to disguise the €75,000 as a legitimate loan from his uncle-in-law, John Wilson, for a business venture.

However, she found that the convicted drug dealer, who warned detectives that he was a ‘dangerous criminal’, planned to pay back the loan with profits from his drugs trade.

Judge Butler said the €75,000 had been transferred to Whelan’s account by Mr Wilson in January 2019, shortly before members of the Garda National Drugs and Organised Crime Bureau had raided his hotel room.

Whelan and Mr Wilson signed a formal loan agreement in respect of the €75,000 on the day after the raid, but the AIB account holding the money was discovered in subsequent garda investigations.

She said the money had been part of a larger sum of compensation that Mr Wilson had won for an injury at his place of work.

She said the transaction was legitimate, and the money did not constitute the proceeds of crime at that time.

However, she said the issue was whether the money then became the proceeds of crime ‘in the hands of’ Whelan, from Walkinstown Avenue in Dublin.

Whelan argued that any intended future conduct by him could not change the status of the money in his account, if he had not yet carried out any criminal activity.

However, the Criminal Assets Bureau (CAB) argued that the €75,000 was received by Whelan as part of a money laundering scheme, in which Whelan would repay Mr Wilson using money derived from his criminal activities.

The judge said CAB relied on two strands of evidence in this regard. The first was the evidence of serious criminality on the part of Whelan, including numerous and serious convictions for drug dealing, as well as evidence of his involvement in the activities of an organised criminal gang.

She said CAB also pointed to evidence of his association with people known to be actively involved in the drugs trade, and evidence of his suspected involvement in murder and attempted murder as part of a dispute between rival criminal gangs.

The second strand of CAB’s evidence concerned past dealings between Whelan and Mr Wilson, including loans of money from Mr Wilson allegedly to support businesses including a wheelie bin cleaning company run by Whelan.

It was said repayments on this loan were made by Whelan using the proceeds of crime, in a scheme to wash the dirty money, and had resulted in Mr Wilson being able to pay a builder large sums of cash for a home renovation.

The CAB argued that by inserting the €75,000 into a money laundering scheme, the nature of the money changed from legitimate to the proceeds of crime.

In her judgment, given last week, Judge Butler agreed that a pattern of behaviour had been established which was consistent with money laundering in the very recent past, in which Whelan ‘had received legitimate monies from Mr Wilson and repaid him using the proceeds of crime’.

She added: ‘The money which was to be laundered by the appellant is the profit from the drugs trade in respect of which the High Court was clearly satisfied that he was involved.’

She continued: ‘In this instance, the borrowing of €75,000 with a legitimate provenance from Mr Wilson is the first step in the process of a money laundering exercise in which dirty money would then be used to repay the loan.’

The judge also said that the money could correctly be viewed as the proceeds of crime, as it had been received for the purpose of criminal conduct, namely money laundering.

She added that if Mr Wilson wanted to claim that the seizure of the money by CAB was unfair, given that he was unlikely to be repaid, he could take that action himself.