US News & World Report finds Israeli military behind only US, China Russia; country is world’s 6th most politically influential and 10th strongest power; but ranks only 37th ‘best’

Israel is one of the 10 most powerful, politically influential, and militarily strong countries in the world, according to a roundup for 2022 published by US News & World Report.

The outlet also found that the Jewish state has among the strongest international alliances.

Overall, Israel ranked 37th “best” country in the world out of 85 on the yearly list, now in its seventh year.

Among countries considered most powerful because they “consistently dominate news headlines, preoccupy policymakers and shape global economic patterns,” US News & World Report put Israel in tenth place. Top of the list was the United States, followed by China and then Russia.

These are countries whose “foreign policies and military budgets are tracked religiously. When they make a pledge, at least some in the international community trust they will keep it. These countries project their influence on the world stage,” the outlet said.

Israel was tenth in the ranking for countries that have the “Strongest International Alliances,” as viewed by global survey respondents.

Israel’s highest ranking was for its military, which was placed fourth, behind Russia, the US, and China. 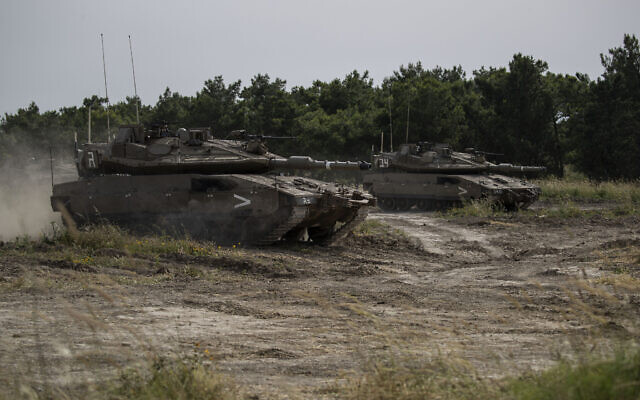 Israeli tanks participating in a military conduct a drills in northern Israel, May 13, 2020. (Tsafrir Abayov/AP)

As for political influence, Israel was put in sixth place, just behind Germany and ahead of France.

US News & World Report described Israel as “the only Jewish nation in the world” and “a small country on the eastern shore of the Mediterranean Sea.”

“For its relatively small size, the country has played a large role in global affairs,” it said. “The country has a strong economy, landmarks of significance to several religions, and strained relationships with many of its Arab neighbors.”

US News & World Report said that the rankings were based on a model developed together with BAV Group and the Wharton School at the University of Pennsylvania. A set of 73 attributes for countries were presented in a survey that sampled 17,000 people between April 30 and July 13, 2022.

The top three countries overall were Switzerland, Germany, and Canada. The US was in fourth place, followed by Sweden, Japan, Australia, the UK, France, and Denmark to make up the top ten.