Amazing how much this applies to a recent former US President.

Russian chess grandmaster Alexandra Kosteniuk, 38, will compete under the Swiss flag starting on 1 January 2024, the Swiss Chess Federation (FSE) said in a statement.

Russian chess grandmaster Alexandra Kosteniuk, 38, will compete under the Swiss flag starting on 1 January 2024, the Swiss Chess Federation (FSE) said in a statement. Kosteniuk was authorised to

Exports outside the Commonwealth of Independent States (CIS) totaled 100.9 billion cubic meters compared to 185.1 billion in 2021

themoscowtimes.com Russian Gas Exports Outside Ex-Soviet States Fell 45.5% in 2022 Russian gas exports to countries outside a group of former Soviet republics plunged by 45.5% in 2022, figures from gas giant Gazprom
=============

Idk what shows Russia’s path over past decade better than these two clips. First is Zelensky singing a NYE song on Russian TV in 2013. Second is Putin’s NYE address, where for the 1st time there is not Kremlin but military in the background and words like “Western lies” creep in

European wholesale gas prices fell Jan 2 to their lowest level since Russia invaded Ukraine A mild winter has enabled countries to tap less gas from stocks that were built up in anticipation of cuts in supplies from Russia, Europe’s main pre-war supplier

“Liberating Crimea would also set an important historical precedent for the wider world. If Ukraine does not retake Crimea—if Russia gets away with annexation—other states will become more likely to wage wars of conquest.”

foreignaffairs.com The Case for Taking Crimea Why Ukraine can—and should—liberate the province. ===============

Once again a gentle reminder that Finland dropped neutrality in the early 1990s. Please stop calling us neutral, that is the Russian narrative. We were neutral out of necessity during the Cold War. Turning the tide in Russia’s war on Ukraine via

ft.com Turning the tide in Russia’s war on Ukraine Goal for 2023 must be to give Kyiv the means to end the conflict on its terms

With the exception of Finland, Lithuania, Latvia, Denmark, Estonia, Sweden and Ireland, European Union countries increased imports from the Russian terrorist state in 2922. Overall funding for the genocide of the Ukrainian people by Russians increased. Total embargo – now.

My New Year’s resolution: seize the $350 billion of frozen Russian central bank reserves in the West and have that money allocated to the defence and reconstruction of Ukraine

telegraph.co.uk West urged to seize Russia’s frozen $350bn to fund war in Ukraine Bill Browder, the British financier and arch-critic of Vladimir Putin, says the commitment to support Kyiv with money and weapons is waning

on the start of

. I wish successful implementation of the priorities of the Presidency! We’re expecting further practical steps on the path of ’s integration into the EU. #UnitedWithUkraine

Zelensky: We have info that Russia’s planning a prolonged attack with (Iran drones). Its bet may be on exhaustion. On exhaustion of our people, our air defense, our energy sector. But we must ensure that this goal of terrorists fails like all the others

Goodnight #Ukraine. From tomorrow I’ll be reporting a little earlier in the mornings, so you catch me at around 7am London time. So until then, stay safe people and FUCK RUSSIA.

The Security Service of Ukraine (SSU) has issued the first notices of suspicion for the shelling of civilian facilities in Ukraine to Colonel General Sergei Kobylash, commander of the Russian Air Force’s Long-Range Aerospace Forces, and Admiral Igor Osipov

The Security Service of Ukraine (SSU) has named Colonel-General Sergei Kobylash, Commander of the Aerospace Forces of the Russian Armed Forces, and Admiral Igor Osipov, former Commander of the…

A reason I’m sure Ukraine will win…the Russian military is not a learning organization. Failing to ensure field discipline and force protection in the combat zone after ten months of heavy losses is evidence they have no good Sergeants or the culture to learn from mistakes.

Ukrainian HIMARS continue to conduct strikes on large bases of Russian forces many kilometres behind the frontline. These bases often have large amounts of soldiers and equipment stationed at them with little regard for camouflage or dispersing sleeping quarters

editorial board on the war in #Ukraine: “The goal for 2023 must be to give Kyiv all the aid it needs to bring the conflict to an end — on its terms.”

Turning the tide in Russia’s war on Ukraine

We are coming for you, occupiers!

english.nv.ua Corn and flour in short supply as Ukraine reports on exports Ukraine exported 22.76 million tons of grain crops from the beginning of the 2022/2023 marketing year (from July to June) and until Jan. 2, the 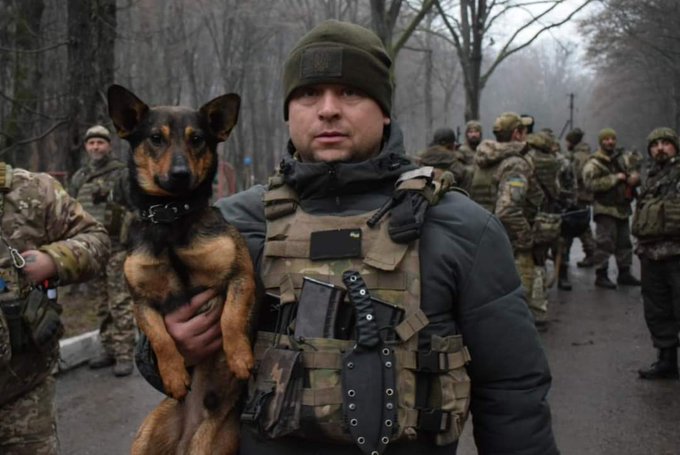 Abandoned cars in Kyiv. 8 million refugees left Ukraine, by UN estimates, leaving their assets here. Some don’t want to ever come back, seeking safety and employment opportunities in Poland, Italy, Germany, Canada. This is a full-scale refugee crisis that we are totally aware of.

Today the UK has ended all imports of Russian Liquefied Natural Gas. We’re cutting Putin off from funding his illegal war and supporting countries around the world to reduce their own dependency. #StandWithUkraine