Putin assured Erdogan that Russia would be able to provide grain for free on the condition that it delivered to underdeveloped in Africa.
More  ift.tt/uWcVHvy

Governments urged to confront effects of climate crisis on migrants

theguardian.com Governments urged to confront effects of climate crisis on migrants Experts say extreme weather is a growing danger to displaced people and could force more to flee homes

Green is a mission

The rising sun floods the forest with its light, life awakens. I wish my beloved and much appreciated fellow inhabitants of planet Earth a peaceful good morning and a blessed day accompanied by respect and kindness towards us and nature and that all your wishes may come true. 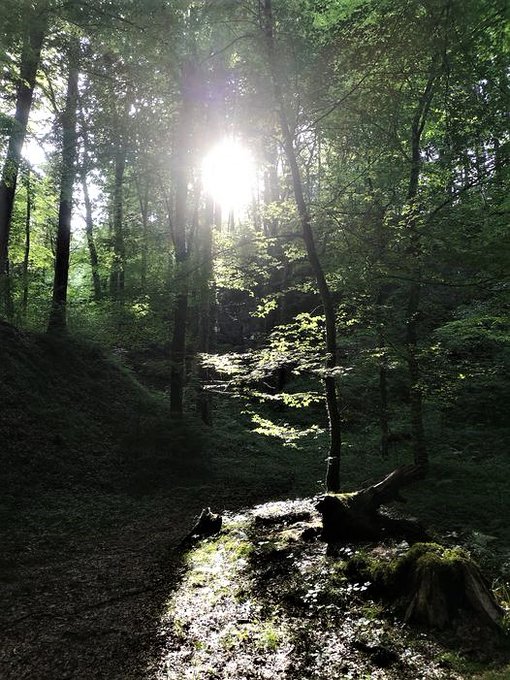 The Kazakh community has provided traditional yurts, where the residents of Bucha can get warm and have food, as the energy grid is teetering on the verge of collapse due to constant Russian attacks.

‘Yurt Of Invincibility’: Kazakh Community In Ukraine Warms The Hearts Of Bucha Residents

In the Ukrainian town of Bucha, where the energy grid is teetering on the verge of collapse due to repeated Russian attacks, the Kazakh

These are the first steps in 6 months for Roman Hryhorian, a defender severely wounded by the Russian shelling Roman got a chance to go to the US & replace his limbs with bionic prosthetics. The soldier Mykhailo Dianov crowdfunded $52K to help him.

“I don’t understand why the #Georgia‘n government has handcuffed itself to a corps, which is the #Kremlin,”

US State Dept. Jan 9 Press Briefing: On Russia’s war crimes in #Ukraine, spokesman said, they’re looking at “those responsible for pulling the trigger” & also to “go all the way up the ladder to see who precisely is responsible for issuing these orders.”

Ukraine’s AF have destroyed a Russian cutter near the island Bilohrudyi in Dnipro’s delta. This is Russia’s 17th vessel sunken by Ukraine’s AF during the war

THE RACE IS ON  With #Russia eyeing a spring offensive & mass mobilisation, #Ukraine needs #TANKS – Main Battle Tanks #MBTs – like never before. To get them to  by March with some training a decision is needed in the next 10-14 days. – Thankfully … 1/3

Warning: Very explicit video. Bakhmut, four soldiers of the Ukrainian SOF with the help of a night drone listen to the commander of the tactical group “Adam”, throw grenades and finish off at point-blank range a whole unit of Russian soldiers – 15 killed and 6 prisoners.

Since the start of the full-scale invasion of Ukraine, hundreds of Russians opposing the war have relocated to Latin America. Russian emigrants in Ecuador, Argentina, Uruguay, and Costa Rica spoke to

about their new lives there.

‘No one here tells you how to live, where to work, or what to wear’ The anti-war Russians who have…

An independent Russian TV channel has been granted a broadcasting license in the Netherlands. The license spans five years and is limited to “television broadcasting.”

Russian independent TV Rain gets license to broadcast from the Netherlands

The Russian channel had been previously operating in exile from Latvia, until its license was revoked in December.

Russia’s Interior Ministry has opened its first investigation into an alleged breach of a new law banning any depiction of LGBT relationships in the public sphere.

Russia’s Interior Ministry has opened its first investigation into a breach of the recently expanded law against so-called “LGBT propaganda,” State Duma Deputy Alexander Khinshteyn announced on his…

Moscow has constructed a new housing complex for foreign diplomats and journalists, state media reported, in a move reminiscent of the Soviet practice of assigning living and working quarters for expats.

Russia’s aviation sector, among the industries hardest-hit by Western sanctions over Ukraine, has suffered a number of incidents, from grounded planes to opening cargo doors, in the first days of 2023.

Russia’s aviation sector, among the industries hardest-hit by Western sanctions over Ukraine, has suffered a number of incidents in the first

Yevgeny Prigozhin is a Russian oligarch and mercenary leader whose hired guns have cut a swathe of torture and murder across the world. In 2022, as his Wagner Group continues to rain death on Ukrainian cities, he is OCCRP’s Corrupt Person of the Year.

ISW: Wagner boss using gains in Soledar to boost reputation. Wagner Group boss Yevgeny Prigozhin is using reports of the mercenary group’s gains in Soledar, Donetsk Oblast to promote its reputation as an effective fighting force, the Institute for the Study of War said.