Join us Jan. 24 for the 2023 Doomsday Clock announcement

Ocean temperatures are a key indicator of global warming. They were hotter than ever recorded last year 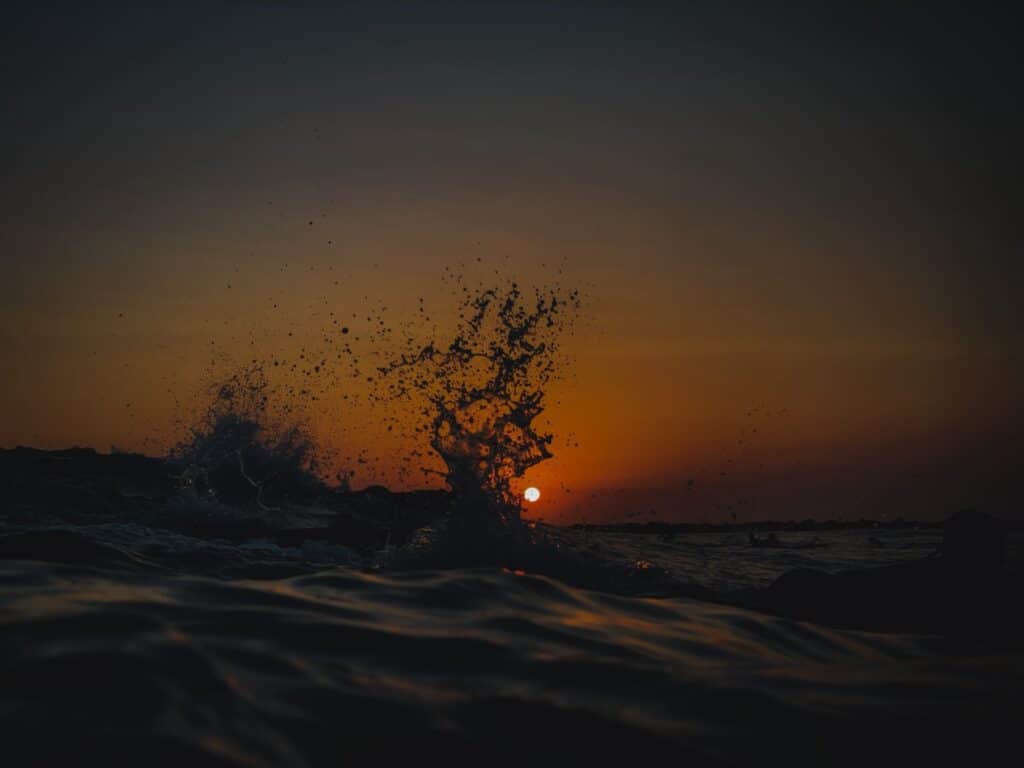 Photo by Philip Graves on Unsplash

The world’s oceans were the hottest ever recorded in 2022, demonstrating the profound and pervasive changes that human-caused emissions have made to the planet’s climate.

Editor’s note: This story was originally published by The Guardian. It appears here as part of the Climate Desk collaboration.

More than 90% of the excess heat trapped by greenhouse gas emissions is absorbed in the oceans. The records, starting in 1958, show an inexorable rise in ocean temperature, with an acceleration in warming after 1990.

Last year is expected to be the fourth or fifth hottest recorded for surface air temperatures when the final data is collated. During 2022, we saw the third La Niña event in a row, which is the cooler phase of an irregular climate cycle centred on the Pacific that affects global weather patterns. When El Niño returns, global air temperatures will be boosted even higher.

The international team of scientists that produced the new ocean heat analysis concluded: “The Earth’s energy and water cycles have been profoundly altered due to the emission of greenhouse gases by human activities, driving pervasive changes in Earth’s climate system.”

“Measuring the oceans is the most accurate way of determining how out of balance our planet is.

“We are getting more extreme weather because of the warming oceans and that has tremendous consequences all around the world.”

Prof Michael Mann, at the University of Pennsylvania, also part of the team, said: “Warmer oceans mean there is more potential for bigger precipitation events, like we’ve seen this past year in Europe, Australia, and currently on the west coast of the US.”

He said the analysis showed an ever-deeper layer of warm water on the ocean surface: “This leads to greater and more rapid intensification of hurricanes – something we’ve also seen this past year – since the winds no longer churn up cold sub-surface water that would otherwise dampen intensification.”

Research released on Monday by the US National Oceanic and Atmospheric Administration showed that many extreme weather events in 2022 had been made more likely and more intense by the climate crisis, such as the heavy rain that caused devastating floods in Chad, Niger and Nigeria.

Reliable ocean temperature measurements stretch back to 1940 but it is likely the oceans are now at their hottest for 1,000 years and heating faster than any time in the last 2,000 years.

The analysis, published in the journal Advances in Atmospheric Sciences, used temperature data collected by a range of instruments across the oceans and combined separate analyses by Chinese and US teams to calculate the heat content of the top 2,000 metres, where most of the heating occurs.

Gone with the winds? What happens if there is a ‘global terrestrial stilling’

The researchers also analysed salinity, which along with temperature determines water density and is a vital driver of ocean circulation. An index of the variability in salinity across the oceans reached a record high in 2022, showing continued amplification of the global hydrological cycle.

Another important feature of the oceans is stratification, where the layering of water by density becomes stronger. This restricts the mixing of deeper, cooler and more nutrient-rich waters with surface waters.

The long-term trend of increasing stratification continued in 2022, the scientists found, with “important scientific, societal, and ecological consequences”.

One consequence, said Abraham, is that less mixing in the ocean means the surface layer absorbs less carbon dioxide from the atmosphere, increasing global warming.

The researchers also said: “There are increasing occurrences of record-shattering heatwaves and droughts in the northern hemisphere, consistent with intensive ocean warming in the mid-latitude Pacific and Atlantic oceans.”

The heating of the oceans, and the impacts on extreme weather, will increase until humanity reaches net zero emissions.

In October, the World Meteorological Organization reported that the atmospheric concentration of all the main greenhouse gases – carbon dioxide, methane and nitrous oxide – had reached record highs. WMO head Prof Petteri Taalas said: “We are heading in the wrong direction.”