A restorer at the Spandau Citadel unwraps one of Josef Thorak’s ‘Striding Horses’Image: Britta Pedersen/dpa/picture alliance

Why are Nazi sculptures still exhibited in Germany today?

While he was in power, Nazi leader Adolf Hitler commissioned and bought multiple artworks. Some still stand in German public spaces and museums today. That includes two new acquistions in Berlin.

Both sculptures are in need of restoration. One of them has already been placed in the permanent exhibition, where visitors can view the statue and witness the restoration process first hand.

Commissioned by Hitler at the height of his power, the colossal twin “Striding Horses” had stood in the garden of Hitler’s seat of government from 1939 to 1943. They were part of the thousands of bronze works crafted for the Nazi regime in its quest to transform Berlin into the imperial global capital of “Germania.”

Josef Thorak was born in Vienna on February 7, 1889 and attended the Vienna Art Academy, eventually moving on to the Berlin Art Academy in 1915. After his studies he established himself as a sculptor of monumental works such as the four-meter-high gable figure for the Reichsbank building in the western German city of Buer. His style secured him numerous government commissions, and he became known internationally when he worked among others on the Security Monument in Ankara, Turkey, in 1934.

From 1937 onwards, Thorak became one of the preferred sculptors of the Nazis, commissioned to create countless propaganda sculptures emphasizing the supposed strength and glory of the Nazi regime.

While Hitler and his regime persecuted Jewish and modern artists who they claimed produced “degenerate art” and looted the collections of Jewish art collectors, Thorak flourished. He divorced his Jewish wife and accepted a prestigious position at the Munich Academy of Fine Arts. After the end of World War II, he continued to create unchallenged until his death in 1952.

The “Striding Horses” were only rediscovered in 2015 after a series of spectacular raids on an undeground art trading ring operating in Germany. Police secured the twin statues as well as sculptures by Fritz Klimsch and Arno Brekker, two more of Hitler’s favorite artists.

The works were probably intended to be sold on the black market, because Nazi art remains taboo on the official market, as art historian Christian Fuhrmeister explained to DW in 2015. “There are some private collectors in Germany, in the US or in Russia, there are people who are enthusiastic about it,” he said. 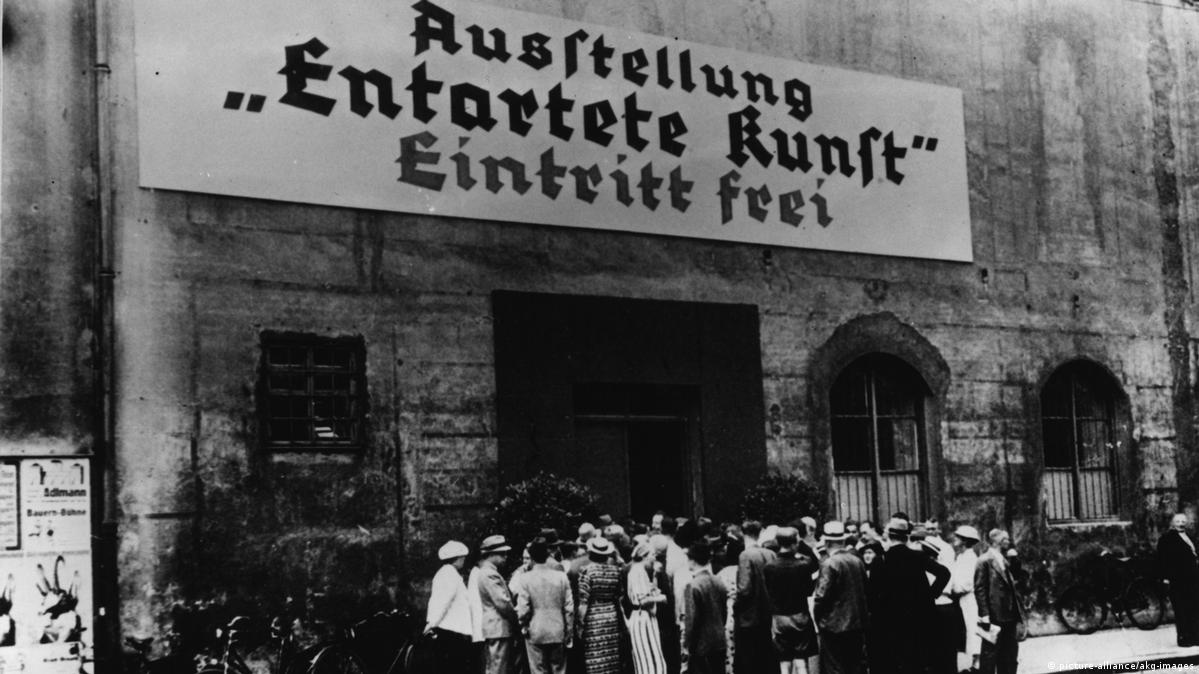 According to the official website of the Spandau Citadel, a former Renaissance fortress turned exhibition space, the purpose of displaying the sculptures is to illuminate how “the respective state powers wanted to shape the Berlin cityscape” through the monuments they commissioned. The collection features monuments created from 1849 to 1986, covering the German Reich, the Weimar Republic, Nazi Germany and East Germany.

Stating on its website that the sculptures are “testimonies to German history,” the museum has deemed the featured monuments “great symbols” of German history. The adjective “great” may raise some eyebrows, but the museum claims it is aiming to transform itself into a center for the study of “toxic” monuments. The federal government has also supported the acquisition of the “Striding Horses.”

Previously, the display of Nazi art has led to fierce protest. Last year, the Pinakothek in Munich was slammed in an open letter for displaying a painting by Adolf Ziegler, another Nazi artist. Georg Baselitz, one of the world’s most influential living artists, called for it to be removed. “It is shocking that Nazi propaganda is possible in this grubby way in a Munich museum,” Baselitz had written. He added that it was “unbearable” that works by artists who were persecuted by the Nazis hung next to the work of an artist responsible for their persecution.

In fact, plenty of Nazi propaganda sculptures remain in public spaces, such as in Berlin’s Olympic Stadium, commissioned by the Nazi regime for the 1936 Olympics. Ahead of the World Cup in 2006, for which the stadium was one of the venues, some activists called for the removal of the statues. However, the city refused on the grounds that a removal would be a denial of Germany’s history.