Ice-free Arctic routes created by climate change have opened up the first new global shipping route in a century. The Russian-developed water passage is bound to disrupt the lengthier Atlantic-centric routes for global commerce. 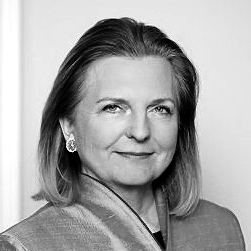 The Arctic region has long been a source of interest for offshore drilling, particularly during times of high commodity prices. However, in recent years, it has also become increasingly attractive as a trade corridor, especially for the non-Arctic nation of China.

The Northwest Passage connects North America to the Pacific, while the Northeast Passage runs along the Russian coast to the Asian-Pacific region. Russia considers the latter as a national waterway.

In early August 2007, Russian explorers dived deep below the North Pole in a mini-submarine and planted their national flag on the seabed to stake a symbolic claim to the energy riches of the Arctic, namely the area around the Lomonosov Ridge, argued to be part of the Siberian continental plate.

In the following years, the US and Canada conducted research to try to prove that the ridge is part of the North American continental plate.

The UN Law of the Sea

The action undertaken by Russia was in compliance with the UN Convention on the Law of the Sea (UNCLOS), which allows parties to submit territorial claims on the continental shelf within a certain timeframe. The Continental Shelf Commission had been established for that very purpose.

UNCLOS is a highly technical geopolitical treaty that took decades to negotiate and codify. It addresses a wide range of issues related to the use of the world’s oceans, including territorial disputes over fishing grounds and contemporary mining ambitions, as well as the calculation of maritime borders and exclusive economic zones.

The US has not ratified this important UN convention and was reportedly taken aback by the document’s territorial implications. Since then, there has been something akin to an “Arctic monopoly race” as various nations conduct research and stake their claims. The Arctic Council served as a forum for these debates, but it has been in limbo since the imposition of sanctions by some 42 states.

The warming of the Arctic region, which is most noticeable in the shrinking sea ice, has both negative and positive effects. It is expected that methane gas emissions will increase as the permafrost melts, but the thaw will also open up new Arctic shipping routes.

In 2007, the Northwest Passage completely opened up to shipping for the first time in the history of observation, and 2020 was a record year for the Northern Sea Route: it was entirely clear of ice already in the middle of July.

The newer Northeast Passage, a 3,500 mile northern sea route between Asia and Europe, will be an essential maritime component of an Arcto-Pacific region.

The commercial – and potentially military use – of this new route, which is perceived by many in Russia as an analogue of the Suez Canal, has already led to the establishment of an icebreaker fleet and terminals along the Russian northern coast.

The Rosneft flagship project, Vostokoil also aims to bring oil and gas from these still untapped fields to clients in the east. Vostokoil was in progress long before the Ukraine war started.

Millions of new barrels of crude oil are expected to enter the market as a result, and this market is located east rather than west of Suez or Moscow. Prior to 24 February, 2022, this was obvious for economic and demographic reasons as well.

From a West Asian perspective, where so much of the world’s energy resources are situated, this promises a notable shift in transport corridors. The Suez Canal was the waterway of the European era, the Panama Canal marked the American century, and the new scheme of trade corridors across Eurasia will shape contemporary relations for an entirely new era.

It also means that the ominous-sounding “last barrel of oil“ might be Russian and not Arab. The “last barrel of oil” is a statistical unit projected into future calculations of the oil market. Based on exploration costs and the global oil price, it has long been an accepted fact that the last barrel of oil to reach the market will be a Saudi one, due to the kingdom’s vast reserves and low production costs.

But given the immense Russian investments in bringing new oil to market, there is a growing chance that the last barrel will spring from a Russian field. And it will be shipped via the Arctic passage to the Asian market, not via the Strait of Hormuz or the Suez Canal.

Geopolitical significance of the Arctic passage

The importance of the Northeast Passage has increased significantly following the geopolitical shifts in the region.

China has also been expanding its presence in the Arctic, with the first strategic partnership between China and Iceland being established in 2013. While Beijing is interested in the potential hydrocarbon reserves in the region, it is likely more interested in the new waterways that can save transport time and money.

Given the importance of the topic, the Eastern Economic Forum in Vladivostok in September 2022 dedicated various panels to this trade route. I attended several of them as a speaker and was impressed by the advanced stage of development of this new trade corridor.

The Arctic passage will also complement the International North-South Transport Corridor (INSTC), which will connect waterways and railways from Russia via Iran to India.

The Northeast Passage, which as previously mentioned is regarded as a national Russian waterway, is patrolled and kept secure by a constant Russian military presence in the Arctic.

Seen from the Mediterranean Sea or Persian Gulf shores in West Asia, the vast Arcto-Pacific region seems like a different planet, but for the so-called Arctic Five (littoral states of the Arctic Ocean: Canada, Denmark, Norway, Russia and the US) it is a dominant agenda.

A new cold war heating up?

The ongoing proxy war between NATO and Russia could catapult the Arctic region into the spotlight at any time. Russia’s state-owned Atomflot company operates five nuclear-powered icebreakers, a stark reminder of Moscow’s determination to advance the former Soviet Union’s strategic priority to dominate and develop the Arctic.

By the end of this decade, the fleet will be joined by at least five more nuclear-powered icebreakers, each about twice as big and powerful as the present ships.

The Arctic Council’s Declaration Vision for the region states:

“We have made this region into an area of unique international cooperation… We are confident that there is no problem that we cannot solve together through our cooperative relationships on the basis of existing international law and good will.”

As the winter of 2023 deepens, the climate, Ukraine war, and sanctions against Russian fuel will have an impact on energy consumption and pricing – as will the increasing number of pipelines heading east rather than west.

The views expressed in this article do not necessarily reflect those of The Cradle.