This quotation does not in any way condone the actions of putin and his invasion of Ukraine.  However it is worth examining his quotes to establish prejudices or desires that drive him.

“Europeans are dying out. Don’t you understand that? And same-sex marriages don’t produce children. Do you want to survive by drawing migrants? But society cannot adapt so many migrants.” “Vladimir Putin.

US Secretary of Defense Lloyd Austin says the US will support Ukraine “for as long as it takes.” Follow live updates: https://cnn.it/3Hiz5v6

This is an image that give Putin nightmares. I’m here with

(Anti Corruption Foundation) at the Sundance Film Festival, where the Navalny movie will be screened as it moves towards a hopeful Academy Award

Bill Browder, Maria, and Christo at the Sundance Artist at the Table event. #Navalny#Sundance#Russia

⁩ about Davos demanding $250k for me to attend, my proposal to seize $350 billion of Russian central bank reserves and the corruption of Swiss law enforcement as they return laundered money to Russian criminals

Russian lawmaker Sergey Mironov posted a tweet Friday thanking Evgeny Prigozhin for sending him a sledgehammer as a gift. In November, a video appeared online that showed a defector from Prigozhin’s mercenary group being murdered with a sledgehammer.

meduza.io Russian lawmaker thanks Evgeny Prigozhin for sending him a sledgehammer, a reference to Wagner… Sergey Mironov, the chairman of the party A Just Russia, posted a tweet on Friday in which he thanked Wagner Group founder Evgeny

#Wagner mercenaries are siphoning gold in the Central African Republic to finance the war in #Ukraine. #Prigozhin has long been entrenched in the CAR and has agreements with the corrupt authorities. His profits from the gold mines can reach up to $1 billion. Politico 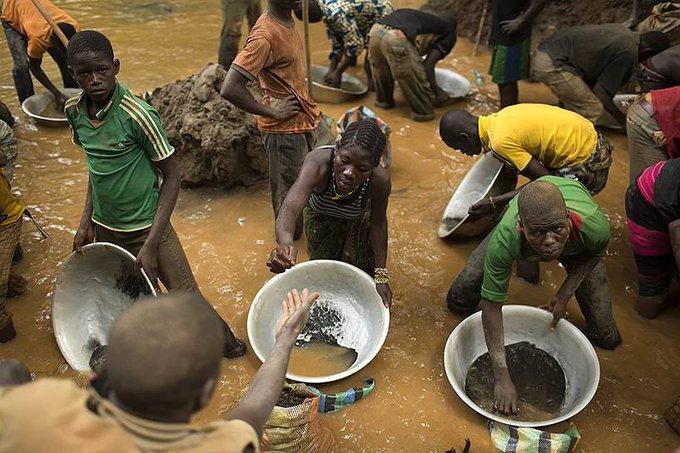 “In Washington and Brussels, there’s been a reluctance to say that ‘we want Ukraine to win,'” says Gen. Ben Hodges (

). But, if the West gives Ukraine what it needs, “liberating Crimea by this August” is realistic. My latest for the

kyivpost.com “We need to decide that we want Ukraine to win” | KyivPost Gen. Hodges succinctly lays out how Ukraine can “liberate Crimea by the end of August 2023.

The government decided today to send #Estonia‘s biggest aid package of heavy weapons so far to #Ukraine. This takes our total military aid to Ukraine over 1% of our GDP. The package includes howitzers, grenade launchers and ammunition – what Ukraine has asked us for. 1/

#Ramstein The war started by RF doesn’t allow delays. I can thank you hundreds of times – but hundreds of “thank you” are not hundreds of tanks. We must speed up! Time must become our common weapon, just like air defense, artillery, armored vehicles & tanks. The Kremlin must lose

Ukraine is confident it’s time to review the oil price cap given the current market price on Urals is lower than 50 USD per barrel. This decision should ensure a drastic reduction in Russia’s income to finance the war, mass atrocities, and destabilization in Europe and elsewhere.

To win, #Ukraine needs more help. In #Davos, I called for further support: financial, logistical, military and humanitarian. We must deliver.

UKRAINE IS EVERYONE OF US “Ukraine is everyone who joins us” Welcome to #UkraineHouseDavos 2023 We are now LIVE https://youtu.be/Zjd_J5Pyiuc

Moldovan blogger Nekoglai (Nikolai Lebedev) has pledged to purchase 10 drones worth $100,000 for the Ukrainian army, he said on TikTok.

novayagazeta.eu ‘I will be an enemy of the Russian regime until the end of my life’: Moldovan TikToker Nekoglai… Moldovan blogger Nekoglai (Nikolai Lebedev) has pledged to purchase 10 drones worth $100,000 for the Ukrainian army, he said on TikTok. “I survived two weeks of torture by Russia. What for? For the…

Losses of Russia for the period from FEB 24 to JAN 20 | odessa-journal.com

Ukraine said it has detained seven “Russian agents” suspected of handing coordinates to Moscow’s forces to carry out strikes in the eastern Dnipropetrovsk region, where dozens of civilians were recently killed in a missile attack.