Ministry says 200 new turbines, some as high as Israel’s tallest towers, planned for gusty Golan and other areas, endangering wildlife, with protective tech having ‘zero effect’

A dead common kestrel at the foot of a wind turbine at Sirin in 2017. (Israel Nature and Parks Authority)

Seven new wind turbines that will tower over the Golan at the height of Tel Aviv skyscrapers were given the green light Monday by the National Infrastructure Council. If Environmental Protection Minister Tamar Zandberg has her way, they will be the last ones for at least five years.

She made the request in a letter to Energy Minister Karine Elharrar and Interior Minister Ayelet Shaked.

The infrastructure committee nonetheless approved a request from Enlight Renewable Energy to add seven new turbines at its Valley of Tears wind farm on the Golan Heights. Enlight had applied for 11.

The Society for the Protection of Nature in Israel, backed by the Environmental Protection Ministry, had petitioned to reject the new wind farms.

Zandberg’s intervention followed a letter last week from the Israel Nature and Parks Authority’s Chief Scientist to the national infrastructure planning council that poured cold water on a technology installed by Enlight at the Valley of Tears farm to stop the blades from turning when a winged creature approaches.

“The promotion of clean and renewable energy is important, but so is the preservation of open space and nature in Israel,” Zandberg said in a statement.

Turbines have various effects on nature, ranging from infrared noise (which humans cannot hear) to the flickering of light caused as the blades turn, the ministry’s director general Galit Cohen wrote in a background paper attached to the letter.

Renewable energy wind turbines as seen next to the snowy peaks of Mount Hermon on January 3, 2021, in the northern Golan Heights. (Michael Giladi/Flash90)

Cohen focused on the effect of the turbines on birds, which are already paying the price of habitat loss, hunting, and climate change.

The bigger the turbine farm, the higher the chance of injury or death to winged creatures caught in the blades, Cohen wrote. 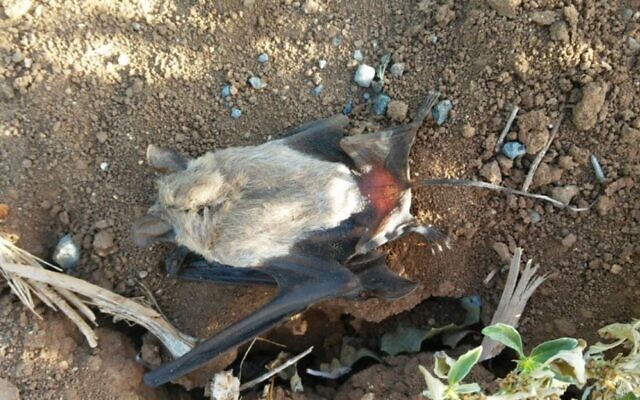 The carcass of a greater mouse-tailed bat at the Ramat Sirin wind farm. This species is in danger of extinction and is suffering particularly high mortality at both the Sirin and Gilboa wind farms. (Israel Nature and Parks Authority)

Zoning laws for the construction and operation of wind turbines sets “threshold values” for damage to birds and requires a survey of birds before any approval is given, as well as tracking and monitoring afterward.

But according to Cohen, basic monitoring of the turbines since they began operations in 2016 shows high bird mortality, including among species in danger of extinction, that exceeds the threshold set by the law. 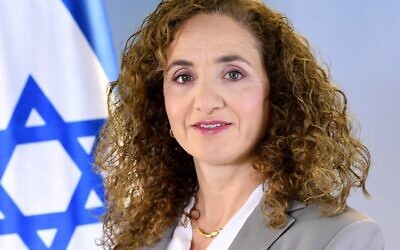 Israel is mainly focusing its efforts to increase renewable energy on solar power but has set itself the target of generating 730 MW from wind by 2030.

In January, Enlight Renewable Energy began to operate 35 turbines at the Valley of Tears on the windy Golan Heights, which Israel captured from Syria in the 1967 Six Day War and annexed in 1981. The Valley of Tears was the site of a major battle in the 1973 Yom Kippur War.

Two other wind farms have been developed by Afcon Holdings on Mount Gilboa, at Ramat Sirin (14 turbines) and Ma’ale Gilboa (17 turbines). A much older wind farm at Reches Asaniya, close to the Syrian border on the Golan Heights, is not commercially significant. 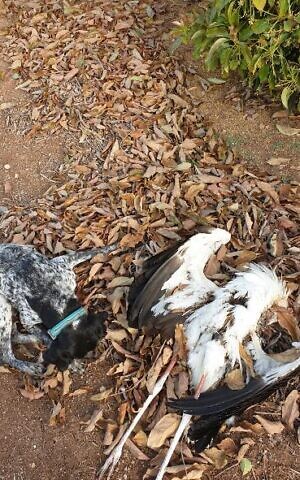 An undated photo of a dead white stork found by a sniffer dog at the Sirin wind farm. (Israel Nature and Parks Authority)

According to the Environmental Protection Ministry, a total of 15 wind farms are planned, comprising of 200 turbines. That includes two more wind farms Enlight is hoping to develop in the Valley of Tears. Altogether, existing and planned turbine farms will supply around 600 MW on a combined 1,150 dunams (284 acres) of land, about 80 percent of the government’s target.

As part of its monitoring at Sirin and Gilboa, the INPA has been using specially trained sniffer dogs to locate carcasses of creatures that have not yet been devoured by predators. Based on these figures, it builds estimates of the total number of winged creatures killed by the rotating blades. The monitoring is carried out at intervals of several days.

According to an official report published by authority, the dead found at Sirin from May 2020 to May 2021 included an estimated 17 snake eagles, 146 black kites, 47 white storks, and 278 European turtle doves — the latter cited by Song of Songs as a messenger of spring. The list also included 5,655 bats of different species.

The population of European turtle doves has declined by half over the past 30 years and is internationally recognized as being in danger of extinction. 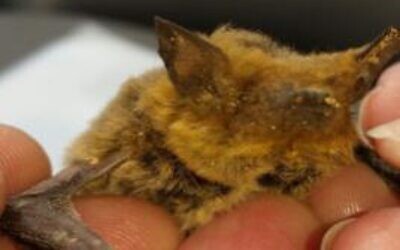 However, in a letter to planning authorities last week, the INPA’s chief scientist Yehoshua Shkedy said that testing of the system had revealed it to have had no effect. 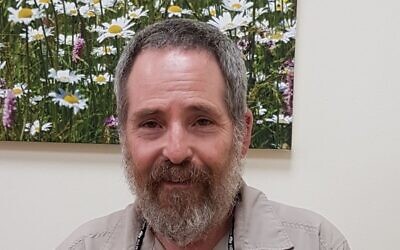 Shkedy said the INPA looked into how many times the radar system detected birds of prey 2,000 meters (6,560 feet) from the farm, the distance they are trained to do so at.

Looking at data from the INPA’s monitoring of birds that carry transmitters, it also checked if turbines were disabled when they flew within 600 meters (1,970 feet) from the farm, the distance they are supposed to trigger the shut off.

“The result was zero detection in both ranges,” Shkedy wrote.

“The gap between identification and the number of birds passing is very great, too great to regard it as an [anomaly] that must be corrected [for],” he added.

A statement from the Energy Minister announcing approval of the additional seven turbines for the Valley of Tears farm said that a report to be published in a couple of months about mortality of birds and bats would help determine the fate of the additional wind farms that Enlight hopes to build.

An Enlight spokesperson defended the company’s actions. The company did not respond to requests to comment on the INPA study showing the Portuguese technology to be ineffective.