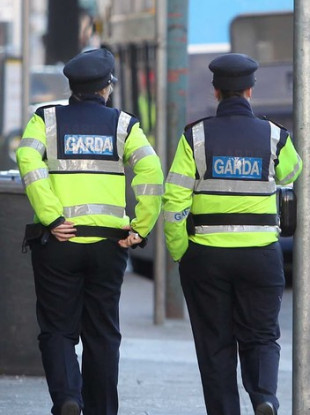 A REVIEW OF crime statistics has found that the gardaí inaccurately recorded all categories of crime between 2003 and 2016.

The review, carried out by the Central Statistics Office (CSO), has found that the most dramatically affected category are homicide incidents, which have increased by 18% from 2003 to 2016.

That figure represents a total of 234 deaths.

Today’s stats are the first published crime figures in more than a year as the CSO suspended releasing the data because of concerns over the accuracy of garda information.

The stats include revisions across all crime groups for the period from 2003-2016.

In relation to 2017 the stats have revealed an increases in practically all crime groups. The types of crime showing the largest increases last year were sexual offences and fraud offences.

The revised figures were published by the CSO in a newly created “Under Reservation” category to indicate that the source of the data is not wholly reliable.

In a statement accompanying the release CSO statistician, Olive Loughnane, said: “The CSO produces its statistics based on the most objective, transparent and independent data available.

Reflecting our concerns as to the completeness and accuracy of the underlying PULSE data, the CSO has taken the decision to resume publication of Recorded Crime statistics using a new category entitled statistics Under Reservation.

Asked if he was concerned about the findings of the report, Assistant Commissioner John Twomey said: “It is something we are very conscious of. We’ve done a lot of work with the Central Statistics Office over the last 12 to 18 months and we will continue to do that.

“We’ve made changes ourselves including in terms of our own internal processes in how we record and how we evaluate them,” he added.

Commenting on the incorrect classification of crimes Twomey said the gardaí have completed a review of three years worth of statistics and reexamined 564 cases.

“We’ve commenced the extension of that review out to 2003 and again we will work through this painstakingly and whatever we have to do to ensure that all the investigations are carried out properly,” he explained.

We will keep any families affected by this informed as to what the situation is.

Following the release of the revised statistics the Association of Garda Sergeants and Inspectors (AGSI) called for changes to be made to how crime data is inputted into the PULSE system.

Speaking from its Annual Delegate Conference in Carlow, President Antoinette Cunningham said, “We are disappointed that the categorisation of ‘under reservation data’ had to be added by the Central Statistics Office in its reporting of crime figures.

“Crime figures are a matter of public interest and we feel for the families of the victims of crime and road traffic incidents because it creates uncertainty and confusion at the most difficult time in their lives.”

Fred says we have the technology but we don’t appear to have the Gardai with acumen to ensure they have access to it and more importantly who comprehend its scope.  When you read the above statistics, it is not too difficult to come to your own conclusion. Imagine the Trauma and Stress the families involved suffered during this period in time.  As a wise and learned Judge once said “Knowledge is no load to carry” and that was back in the 1950’s before the computer and internet.  There are no excuses now for ineptitude on the part of An Gardai Siochana.

Links:  The simple TV programmes; the documentaries, Netflix, Panorama, Spotlight to name but a few should be part of the lifelong learning skills that are for some unknown reason so lacking in our Society.  Last night there was an excellent documentary on BBC2 about the law, Rape and Yale university in the US – this is essential viewing for young people and most definitely for An Gardai Siochana who are the on frontline and the legal profession.  https://www.bustle.com/p/what-happened-to-saif-khan-louis-therouxs-the-night-in-question-subject-has-finally-received-a-verdict-16764961

Fred would like to give you a little example of behavioural economics.  Next time you go to a Urinal, just think.  No matter what people try to do; men just don’t aim and the consequence is pee all over the floor.  These behaviour economists came up with a classic.  Design white urinal but add a fly and you bet the behaviour changes as men become fixated on aiming at the fly.  Purpose achieved.